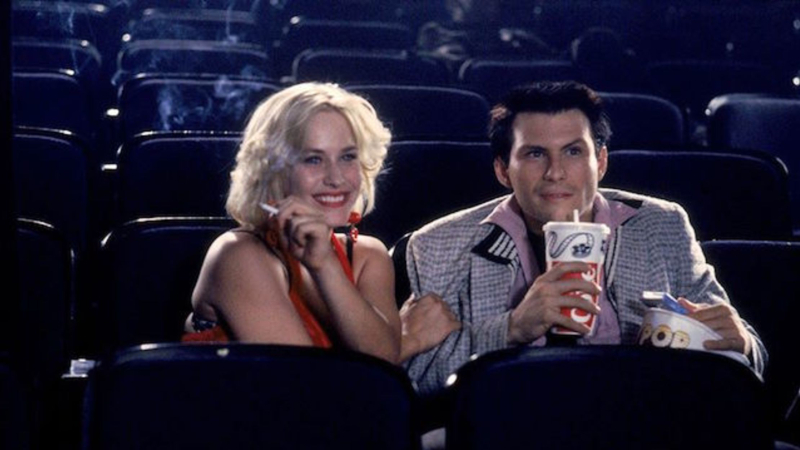 Happy to be a part of Arrow's new 4K restorations of both the Theatrical Cut and the Director’s Cut from the original camera negatives of Tony Scott's True Romance. I wrote one of the accompanying essays in this packed special edition. Loads of special features -- read more about them here. Release date July 19.

There’s a scene early in Tony Scott’s True Romance in which Patricia Arquette’s Alabama is so full of love and feeling and guilt, that I’m always taken aback by emotion when I see it. She’s just so moving, so sure to prove her ability to “come clean” that you want to reassure her that it’s all going to be OK. And when you first see the movie, you’re worried for her. Will it be OK? It should be, but will it?

She has to clear up something to her date – a date who will soon be her husband. She tells him that she was actually hired for his birthday— that night. She’s upset, she cries, she’s not a “whore,” she’s a “call girl,” she says. “There’s a difference!” she exclaims.

How will he (Christian Slater’s Clarence) react? Is he going to be angry with her? Upon first viewing, you know these two will be together – this is a movie called True Romance – but what is he going to do first? When he hears this? Do we have to see that scene? One with anger? 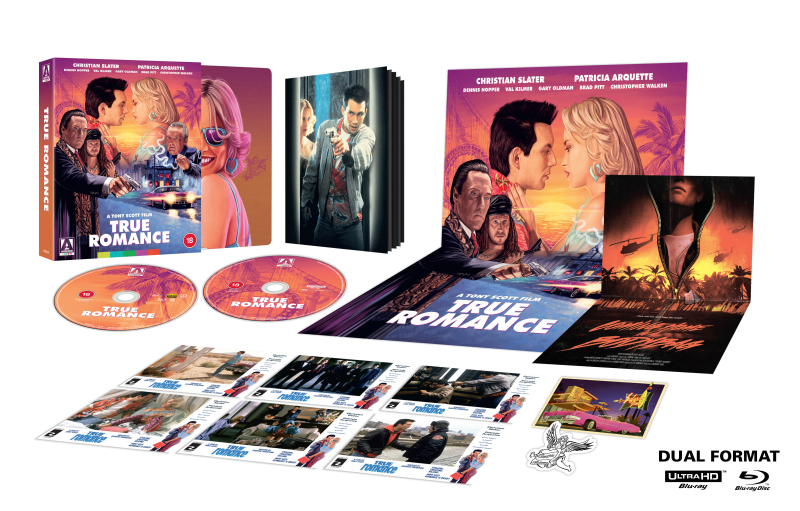 It’s a scene where a macho ego might lash out at a woman who’s, to him, just pretended attraction, romance, and compatibility (though, to her delight and fear, she’s not pretending, she realizes). It’s also the kind of scene many critics take for granted because it occurs in what would be termed a pulpy action movie – though it’s much more than that – it’s a brilliant pulpy action movie/love story full of invention and insanity and bright bloody artistry; and also, an influential one, notable for the excellence of Quentin Tarantino’s screenplay (his first screenplay).

And though True Romance is a lot more than action and has been praised, and Arquette did indeed receive kudos by many; still, her skill of showing such complex feeling in the picture is, perhaps, not recognized enough. Not in the way a big “important” Oscar-type speech would be praised.

Well, Alabama has a big, important speech because she’s a woman in a dangerous, looked-down-upon profession. She also wants Clarence to know she’s not a habitual liar or “damaged goods” or a bad person after revealing that their dream date was actually paid for by his boss. And on top of that, she’s now overwhelmed with a passionate purity of feeling – love. And that’s terrifying. Falling in love is scary. So – how will he react? Refreshingly and wonderfully, he’s not mad:

Alabama: I gotta tell you something else. When you said last night – was one of the best times you ever had – did you mean physically?

Clarence: Well, yeah. Yeah, but I’m talking about the whole night. I mean, I never had as much fun with a girl as I had with you in my whole life. It’s true. You like Elvis. You like Janis. You like kung fu movies. You like The Partridge Family. Star Trek…

Alabama: Actually, I don’t like The Partridge Family. That was part of the act. Clarence, and I feel really goofy saying this after only knowing you one night and me being a call girl and all, but… I think I love you.

Ah, but she is quoting The Partridge Family’s greatest song, perhaps without even knowing it. David Cassidy sings: “I think I love you! So what am I so afraid of? I'm afraid that I'm not sure of. A love there is no cure for...”

Read my entire piece on the Arrow release of True Romance.