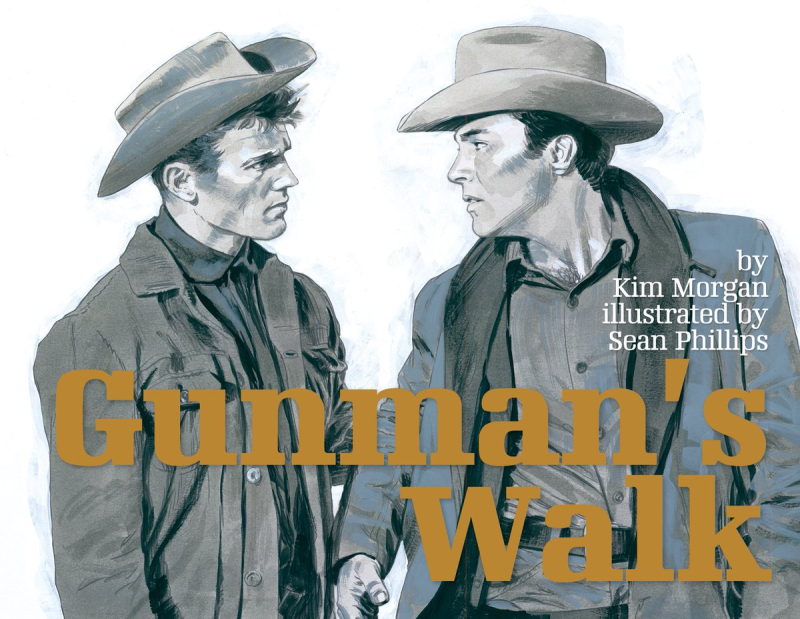 A sample of my piece:

Phil Karlson, who directed some superb tough-as-nails noirs (99 River Street, Kansas City Confidential and The Phenix City Story) – working from writers Hardman and Nugent – seems to wonder – why in hell do these people have to be so violent? Does it solve anything? This is a film questioning authority; looking at how we blindly believe in institutions – one of them being “manhood,” domination, the way one moves through the world (do you walk with a gun?). And Karlson gives Van Heflin, James Darren and Tab Hunter plenty to explore here – these are fascinating character studies, both deeply human and symbolic.

Heflin’s Lee – god knows what he did to his sons and god knows why he is so obsessed with Ed. What is going on there? There’s an inverse to Martin Ritt's Hud here – Heflin’s character puts up with so much regarding Ed, irritated by his gentler son, Davy, while Melvyn Douglas’ righteousness clashes with his bad-boy son (whom Douglas does not love – which messes up his son – that dad has got to account for that too).

You get the feeling that Heflin’s Lee would get along well with the cynicism and corruption of Paul Newnan’s Hud. But would Hud hate him too? Probably. But to Heflin and Hunter’s immense credit and their brilliant performances (this is one of Hunter’s greatest roles) – we, the audience, don’t hate them. We can’t. We get that they are damaged men – and that there is something about the world, something about what is expected of masculinity, that can twist these two men and turn them crazy. The resulting movie is heartbreaking ...