Home Archives Profile Subscribe
Criminal: Woman on the Run
Ten with Tarantino: Once Upon a Time ... 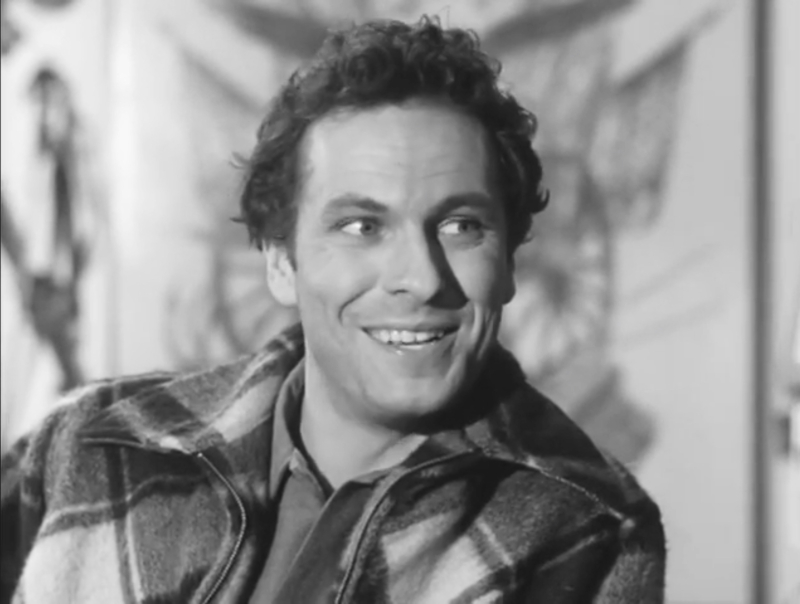 Farewell to a goddamn original, baby. Rip Torn, whose career lasted from the 1950s and into the 2000's has left us and there are many roles I want to write about -- Payday, Maidstone,  Sweet Bird of Youth, Coming Apart, Cross Creek, The Man Who Fell to Earth... and so much more, but here's one I love of early Rip Torn -- on the early 60s TV show Naked City. He tore up the small screen here... He was one of my favorites. Won't be another one like him ever again.

Young and beautiful oddballs Tuesday Weld and Rip Torn -- together -- in sickness and in health. Underscore sickness.  Madly in love, madly in lust, the actors play two recently married, demented hillbillies in heat like ardent caterwauling kitties -- cute as hell but dangerous to disrupt lest you’d like your eyeball torn out of your socket. Gorgeous, wild-eyed sociopaths (named Ansel and Ora Mae) driving down from the hills of Arkansas and into the mean streets of New York City, they yell about traffic, argue over dolls, fix their sites on wedding rings, grab guns and gobble frog legs cooked up by Torn in their dingy motel room. They also get it on -- obviously. After child bride Tuesday playfully antagonizes Rip, laughing and hitting him with a pillow, they fall to the bed in a haze of pillow feathers, picking feather from hair, lip and lashes. And then kiss passionately. 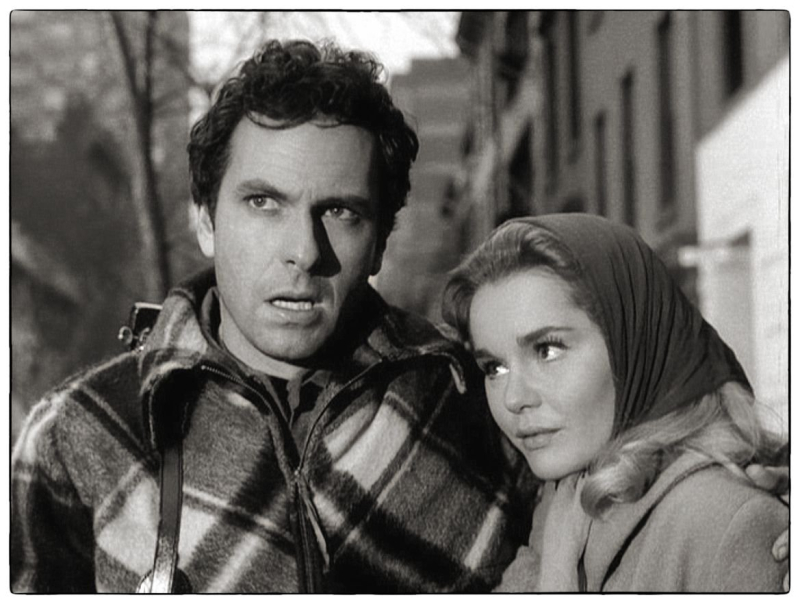 We don’t see them consummate their lust further than that. We don’t need to because it’s all there. But we see them kill. They shoot a police officer, a guy selling a gun, customers, and workers in a bank, among other victims who are also assaulted for their car or punched for money and attacked for dynamite.  Yes, Rip Torn manages to steal some dynamite if that’s not poetic enough considering his presence. And when she, Weld, witnesses any of this mayhem, we see Tuesday get turned on by it. This is not some movie I dreamed up. This is an episode of a television show that those familiar with it surely know what I’m talking about, and one that likely lodged in many lucky kid’s minds after he or she switched on their parent’s GE console in 1962. 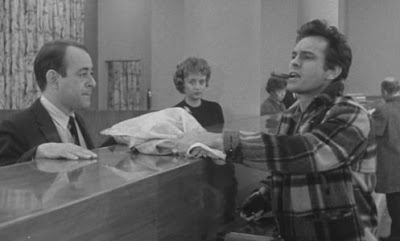 This was the third season of the excellent, influential television show Naked City -- episode 13 -- entitled “A Case Study of Two Savages,” scripted by Frank Pierson (who would later co-write Cool Hand Luke and Dog Day Afternoon) and directed by William A. Graham (who directed series like 12 O’ Clock High, The Fugitive and the TV movie, Guyana Tragedy: The Story of Jim Jones). As with many Naked City stories, this one (from 1962) dared to not only shock early TV viewers with its outburst of violence, but offer little relief or explanation about such real-life occurrences inspired from the outside world (this one, by Charles Starkweather and Caril Ann Fugate who had rampaged only a few years earlier and who are mentioned in this episode specifically.) The influential, gritty and still-hard hitting Naked City (created by Stirling Silliphant, who later wrote In the Heat of the Night), shot on location in New York City (the series was inspired by the superb 1948 Jules Dassin noir, The Naked City, which was inspired by famed NYC photographer, Weegee), offered no easy condemnations of the criminal’s actions and instead a cynical, searching dose of complexity and shading. There’s a lingering question that hangs over many episodes featuring future movie stars (just to name a few: George C. Scott, Robert Redford, Dustin Hoffman, James Coburn, Burt Reynolds) -- Why? And that why is not answered. It’s never going to be answered.

As the two young ones drive into the city, the narrator attempts to present some reason for their casual approach to killing, Torn’s in particular: because men are born to kill. It’s only that society has progressed and kids might have been raised semi-right (and Torn’s character ain’t), that they might overcome the killer instinct. As he intones:

“15, 000 years ago, man came out of the caves. Today, whenever we encounter the violence and the savagery to which belonged to those times, all we can do is marvel at how far the human race has come in only 15,000 years. When Ansel Boake was four-years-old he killed his first thing: one of his mother’s chickens. After Ansel killed his mother’s chicken, his father thrashed him. By the time he was 16, Ansel had thrashed his father. Ansel Boake had no friends, he never learned to read, he never held a job longer than three months. But he could wander in the woods without a compass and not get lost. He could live off the land, killing food with gun, knife, snare, fishhook or rock or his bare hands equally well. Ansel Boake met Ora Mae Youngham eight days ago. Six days, fourteen hours and nine minutes ago, they were married. In the last six days, fourteen hours and nine minutes, Ansel Boake and his wife Ora Mae have shot and killed a filling station attendant in Frankfurt, Kentucky during the course of a hold-up, knifed a motel manager in Harrisburg, Pennsylvania and shot and killed a hitchhiker they picked up in Elizabeth, New Jersey.” 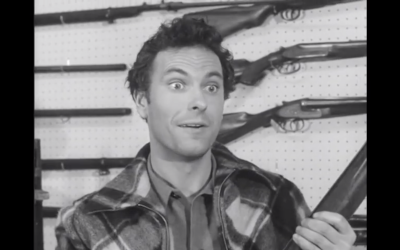 And then they drive into the city … oh, boy. While the show’s lead, Det. Adam Flint (Paul Burke) has run into a drugstore while his partner, Det. Frank Arcaro (Harry Bellaver) waits in the car, Arcaro notices an automobile next to him with a broken plate. Arkansas. He nicely warns the drivers. He’s just letting them know. Ansel quarrels, alarmed or maybe just itchin’ to kill, and he shoots an officer dead. He also shoots Arcaro. Bang. Bang. It’s a stunning moment to see straight away, loyal viewers wondering if Rip Torn just iced a favorite character. Arcaro doesn’t die, but he’s later seen in the hospital, high on morphine talking about how his mother made sure he wore clean underwear every day as a kid (an intriguing moment of vulnerability), and then asks Flint, Why? “Find out why that character shot me. It’s on my mind. Why?” Flint becomes obsessed, even a bit crazed, trying to find out. Meanwhile, Ansel and Ora Mae wander around the city, taking a carriage ride (Ansel drives the horse and whips it, which feel perverse when Torn does it), robbing a bar, a gun store and stealing a car. By the time they decide to rob a bank, Flint’s caught up to the lovers and suddenly the near hour-long running time feels too short. Ansel’s shot dead and Ora Mae sobs over his body. It’s done? We want more of them. 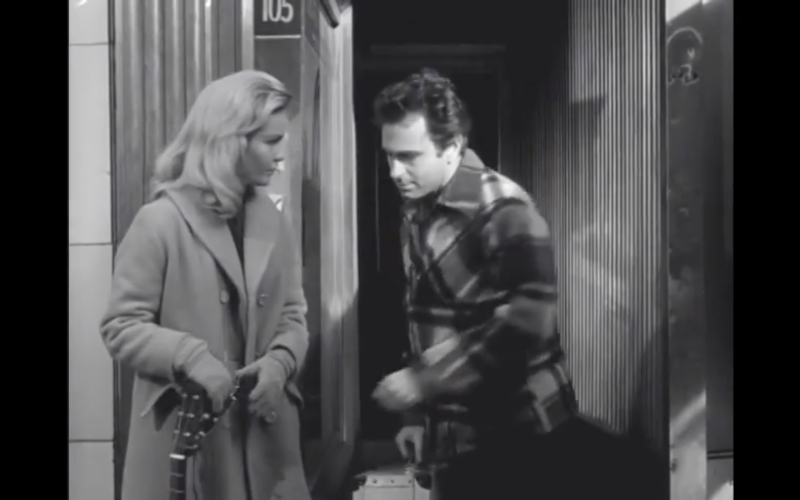 What a sight, those two massive talents – these two one-of-a-kinds. Titans. The future Pretty Poison and that sexy hothead who later bashed Norman Mailer’s head in with a hammer. Man, they should have made a movie together. They did, The Cincinnati Kid, but that wasn’t together. But they should have done something like this again. They’re just burning with charisma here. Two brilliant actors in their youthful prime, already notoriously tempestuous and unpredictable off-screen, not quite knowing the cult figures they’ll become a few decades later. They are so believably psycho, yet so watchable that they feel dangerous to desire (and many desired Weld at this time; getting turned on by Torn must have been a radical jolt). And though playing backwoods scumbags, the actors brought such counterculture hipness and unusual feral intensity to their parts that you had to wonder what people were thinking as they watched in their living rooms. Do I like them? Terrence Malick would weave his transcendent tale later. Invading Gotham from the country, Weld and Torn mirror the city’s instability, darkness and kink. They’re scary. They’re beautiful. They’re sexy. How can they not be? The show had to know by casting Torn and Tuesday as thrill killers, the viewers would feel a stirring that made them either exhilarated or uncomfortable. Torn’s cocked-eyebrow handsomeness, his native Texan authenticity, his puckish sometimes demonic grin, his eyes, brooding to laughing to inviting to downright insane is electric bouncing off of Weld’s teenage talent and loveliness, her lushness and mysterious eyes, sometimes placid, sometimes excited, her curiosity and, here, kittenish sexuality mixed with her intelligence and her weird, fascinating wickedness -- she can be sweet as pie but also, wonderfully, not right in the head. We’re drawn to this pair, they promise sex but they also promise violence. We wonder why they’re so fucked up. (We wonder if we’re fucked up) We’ll never know. Nor does Naked City, which, once again, asks, why?

Burke understands the reasons why Ansel shot everyone else (to steal), but why Arcaro? He asks the girl: “Your husband shot him also. Why?” Ora Mae answers: “I don’t know. Just for the hell of it, I guess.”

From my Kill or Be Killed essay.