Kill or Be Killed: He Ran All the Way 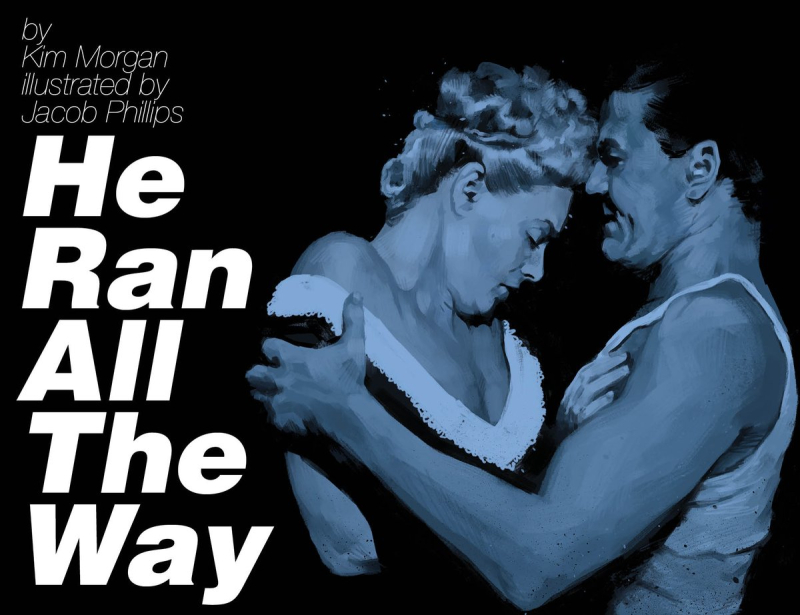 A bit from my piece in the newest Kill Or Be Killed:

By the end you see where and it’s not through some sunny field – it’s staggering in a gutter with Shelley Winters close behind. That Nick is brilliant John Garfield in director John Berry’s tough, poignant and doomed (on and off the screen), He Ran All the Way – a movie that opens with this beautiful loser tossing and turning in his bed, sweaty and convulsed in bad dreams. But he wakes up to something worse – reality – his mother (a harsh as hell Gladys George). After hollering at him for moaning in his slumber (no maternal instinct in this woman), she pulls open the dingy shades of his room and screeches: “If you were a man you’d be out looking for a job!” His reply? “If you were a man I’d kick your teeth in.”  This ain’t no happy family. But family will become something important to Nick in this picture – even if he has to force his way into one.

Read it all (my essay on "He Ran All the Way") in the newest and final of Ed Brubaker's "Kill Or Be Killed" -- out now. Pick it up or order here.