Home Archives Profile Subscribe
Perry & Didion: Play It As It Lays
Kill Or Be Killed: Murder By Contract 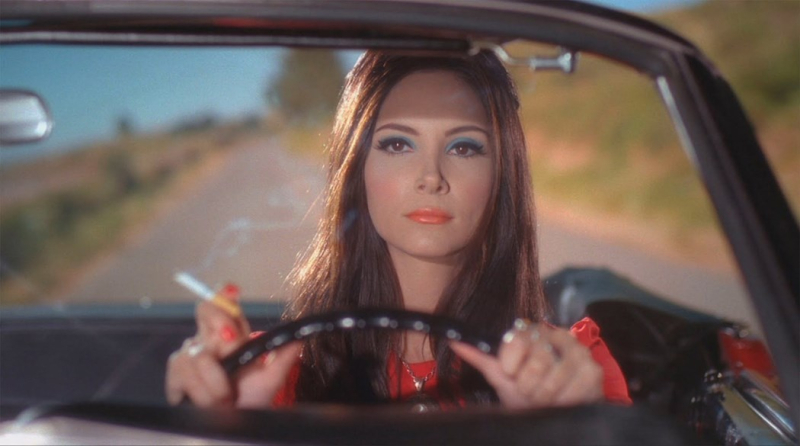 The April Sight & Sound is out -- I interview the brilliant Anna Biller -- discussing her varied influences (Dreyer, Demy, Losey, Fassbinder, Hitchcock, John Stahl's Leave Her to Heaven and John Brahm's The Locket) as well as Biller's unique style and complex, intriguing ideas about ... many things. See The Love Witch. And pick up this issue. Here's a small excerpt:

Kim Morgan: Writers often apply easy labels to female characters, particularly in noir with ‘femme fatale’, when many women [in noir] are actually rebelling – much like your character, they’re rebelling against the patriarchy or the pressures that society places on them.

Anna Biller: Yes, that’s exactly right. It’s very similar to a noir film or a film like Leave Her to Heaven – a woman who is locked in the patriarchy, doing the best she can. A lot of people think that’s old-fashioned, that I’m creating a character that is out of time, but I feel it’s very relevant to today. Many women respond to it because it feels so relevant to their own lives. A lot of men actually can’t see that, which is why a lot of them are calling it ‘sexploitation’ or ‘pastiche’. They can’t see what I’m doing. They think it’s a joke about other types of movies from the past, when it comes from personal trauma, actually.

KM: That makes me think of John Brahm’s The Locket, a great, underseen picture.

AB: It’s such a masterpiece. It really did inform The Love Witch. Laraine Day in The Locket is kind of a Stepford Wife, right? She’s perfect on the outside, but completely wacko on the inside. She’s been destroyed somehow by childhood trauma. But you’re sympathetic towards her because you see the trauma. John Brahm also made Guest in the House [1944], another fascinating movie about a crazy woman. He was such an interesting director, picking stories about female psychology. It’s very unusual for men to be like that now, whereas before there were [several] male directors and writers who did so. Like Hitchcock – his female characters are brilliant.

KM: Which brings me to parallels with The Birds [1963]. When Tippi Hedren drives into town, it’s like she starts Armageddon by her very different female presence; she’s disturbed the universe somehow. It’s the same with Elaine in The Love Witch. 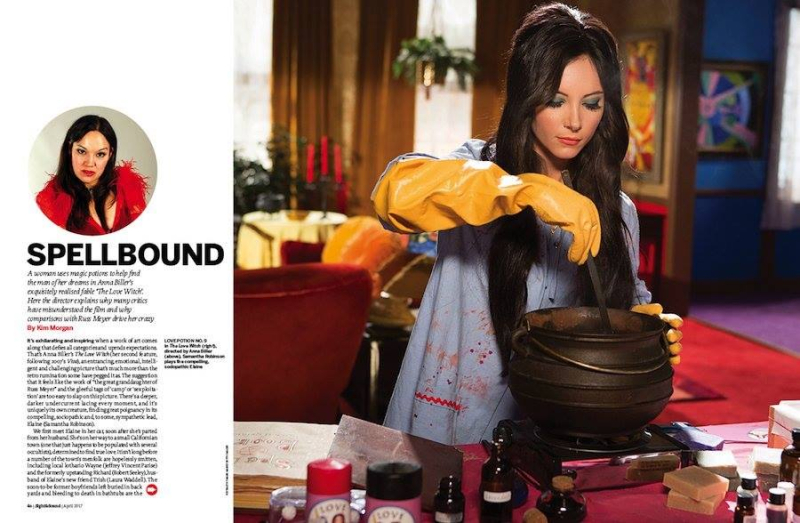 AB: Female sexual power destroys an entire town. I don’t think Hitchcock is judging her either. He’s just saying, “This is what happens.” Melanie’s aggressive. She’s pursuing a man. She goes to his apartment and then drives out of town and she sneaks up on him in a boat. As she’s rowing towards him, she gets the attack from the gull and it’s brilliant because you’re almost fearful for her because she’s so sexually aggressive for that time! I think the movie is on her side. It’s about women who socially transgress, so it’s similar to The Love Witch. It’s like when Elaine is attacked in the bar. In bringing out this mythos of the feminine, you don’t have to have a negative or positive judgment about it, you just have to be aware of it. [Some critics] don’t acknowledge the mythos of the feminine as being a serious thing to explore in films, so they call it parody. Men feel they’ve effectively tamed us so they don’t have to deal with the mythos of the feminine any more, and they’re relieved. They sure as hell don’t want it coming back… so they just call it what they want and then reduce it down to something that it isn’t; this compact little parody thing. The reality of watching the movie is different – it’s powerful. But whatever they say afterwards, that’s still the experience of watching it. They’re experiencing it, whether they like it or not.

KM: There's personality and art in the artifice and the masks that women wear through makeup in cinema – think of Joan Crawford, Bette Davis… So when Elaine is taking off her wiglet and looking in the mirror and you hear the critical voices, I thought of when women remove the mask and how women do think of these things when gazing in the mirror.

AB: Yes. You see her putting on her mask and taking off her mask. That was really important to me. The mask is something outside of herself, and also that Trish [Elaine’s outwardly prim landlady and friend, played by Laura Waddell] could put on the mask. That was meaningful because you think of Elaine as this kind of woman and you think of Trish as that kind of woman, but actually they’re both just women. They’ve made different choices about self presentation, but either could switch at any time. I’m trying to undo some of those stereotypes and to show that this is a choice to make, to become this woman, to become feminine. A lot of people find the feminine so ridiculous now, they find a movie like this campy or silly because the feminine to people is campy or silly. I’m trying to change that, hopefully, by keep making movies like this so people take feminine women more seriously.

Read the entire interview by ordering or picking up the magazine, here: 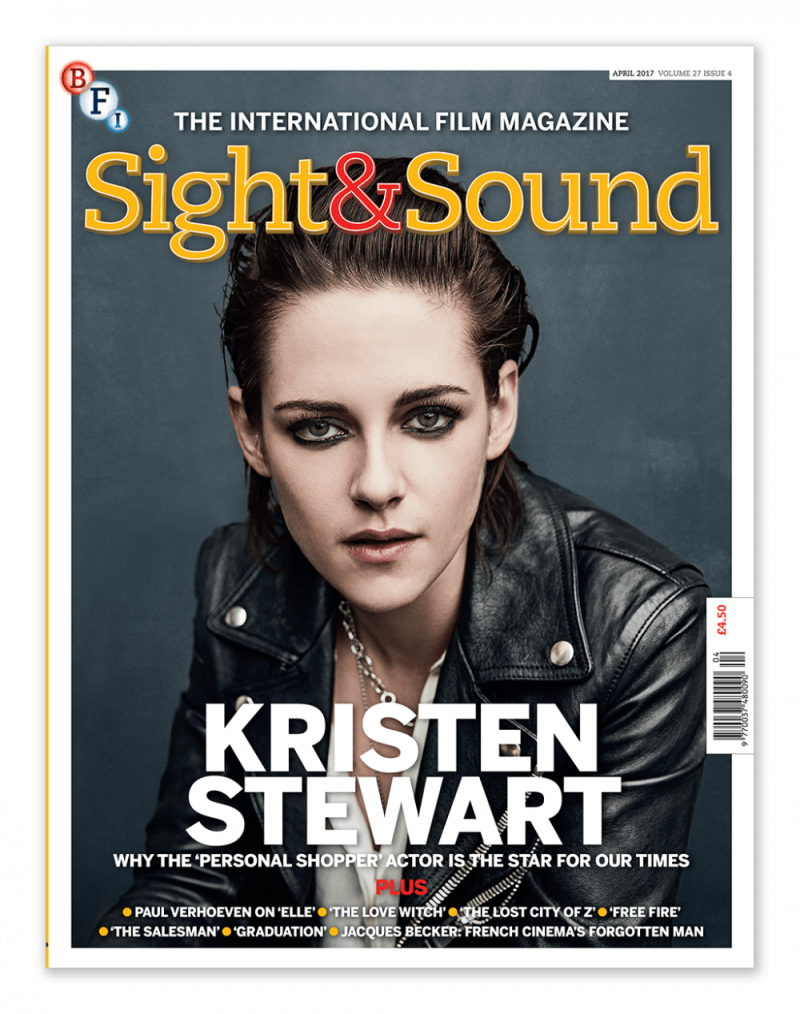