Something Wild: The Criterion Release 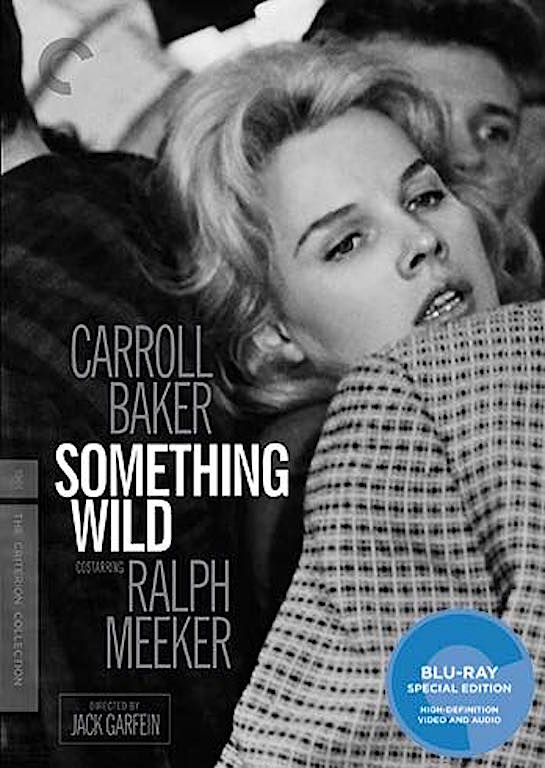 "I am a product of violence myself. By the age of 15 I'd been through Auschwitz and Belsen and my family destroyed... Without motivation, without warning. One's whole life is literally changed by making oneself cope with violence. The force cannot destroy the sensitive... Tennessee Williams believes that violence destroys sensitivity but I don't believe this -- we go on, the life force goes on in spite of it." -- Jack Garfein 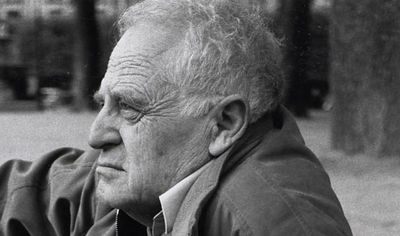 I am thrilled that Jack Garfein's Something Wild is getting the Criterion treatment it so richly deserves. This movie has meant a lot to me for many years (I programmed it on TCM in 2010 and presented it at Telluride in 2012 with Jack -- a very moving Q&A) and I'm so happy Jack gets to see this release and to be a part of it. (Among the special features is my new on-camera interview with Jack, along with an interview with Carroll Baker, Foster Hirsch on the Actors Studio’s cinematic legacy, a Master Class with Garfein and an essay by the wonderful Sheila O’Malley.) Please, do give this film a look. And another look.

Garfein is a director so ahead of his time that, even after 50 years, his two features The Strange One (1957) and Something Wild (1961) continue to inspire, disturb and provoke empathy. These complicated, human stories remain modern and experimental to this day. This is Garfein – an artist who beautifully combines expressionistic lyricism with raw naturalism while exploring still controversial subjects; never preaching, simplifying or insulting his characters: The fascistic military dehumanization and homoeroticism of The Strange One, and the complexity of rape and entrapment in his brilliant Something Wild. 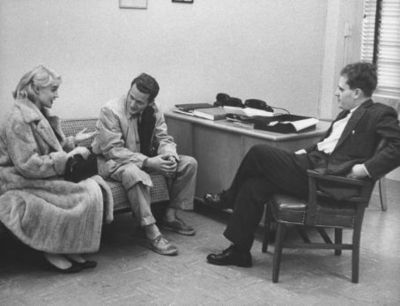 Garfein, born July 2, 1930 in Czechoslovakia came to the U.S. after surviving Auschwitz, joined the Actor’s Studio, directed, in his early twenties, “End as Man” with Ben Gazzara and founded the Actors Studio West. His accomplishments are too vast to list, but he remains one of the great acting teachers, and continues to instruct in Paris. He’s chronicled his return to Auschwitz with his documentary The Journey Back, and has written “Life and Acting - Techniques for the Actor.” He remains a power in the world of acting and film.

So again, so happy that Something Wild, Garfein’s brave, empathetic, confounding, mysterious and in the end, darkly beautiful picture, one so powerful that it shocks and distresses viewers to this day, is getting a January release. This expressionistic and naturalistic work of art (the location shooting is remarkable) dared observe the complexity of rape by following a young woman (a haunting, moving Carroll Baker, Garfein’s then-wife) after she is viciously attacked by a stranger in the park. The psychologically chaotic aftermath – her anxiety, repulsion, depression and eventual withdrawal from society -- not, and then by her own choice – is given a potent punch with the arrival of a tremendous Ralph Meeker in a performance you’ve never seen before. Not one to oversimplify, this story of victimization, strange love, survival and more, turns into a twisted Stockholm syndrome/true love (or not, which makes it even more intriguing) tale that still provokes argument. With a score by the virtuoso Aaron Copland, title sequence by legendary Saul Bass and cinematographer by the remarkable Eugen Schüfftan, Something Wild is an unsung masterpiece.

Jack Garfein is a sensitive, perceptive maverick. Once you've seen his work, it's impossible to forget.

With Jack in Telluride, 2012, high in the mountains at Gray Head.