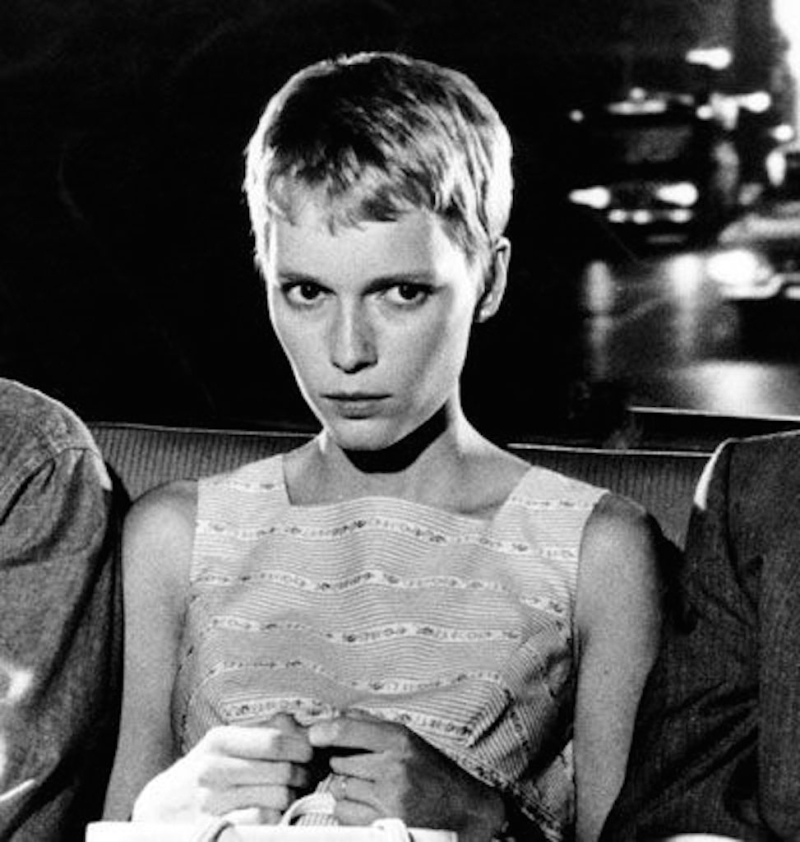 Here's an excerpt from my piece on Roman Polanski's classic Rosemary's Baby, a movie not just about the horrors of devil worshipping neighbors and doctors, but the horrors of people (men) constantly talking at you. This is something I've discussed before, back in 2009 (with much controversy with Repulsion) and in a video essay in 2010, in regard to Polanski heroines, and that Rosemary is being told what to do -- by men -- but I go into greater detail with this one. Read the entire piece here. And don't miss it at on the big screen in beautiful 35 MM at the New Beverly Oct. 21 & 22.

“But explaining men still assume I am, in some sort of obscene impregnation metaphor, an empty vessel to be filled with their wisdom and knowledge.” ― Rebecca Solnit, Men Explain Things to Me 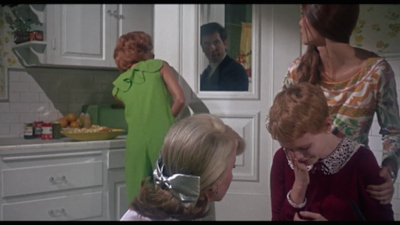 Guy: You know what Dr. Hill is? He’s a Charlie Nobody, that’s who he is!

Rosemary: I’m tired of hearing about how great Dr. Sapirstein is!

Guy: Well, because… because it wouldn’t be fair to Sapirstein.

Rosemary: Not fair to Sap… – what do you mean? What about what’s fair to me?!

“Please don’t read books… And don’t listen to your friends, either.” So says Dr. Sapirstein in Roman Polanski’s Rosemary’s Baby, a movie famous as a classic horror film, darkly comic, a masterpiece, but one that also serves as a powerful allegory for women being told to shut up, let the men talk and … “you’re crazy!” Every time I watch the film, I have to wonder: Did novelist Ira Levin (and Polanski himself) listen in on an OBGYN  appointment? Did his wife or girlfriend come home one day and complain that a doctor told her she was nuts because she felt, as Rosemary will state, like she had a tight wire in her stomach because she was actually fucking pregnant? Did she get a “bad” haircut that was, in truth, fantastic? (Polanski returns to the unfairly maligned haircut in his highly underrated, brilliant Bitter Moon). Did someone berate their wife for not wanting to eat a dessert with a “chalky undertaste?” 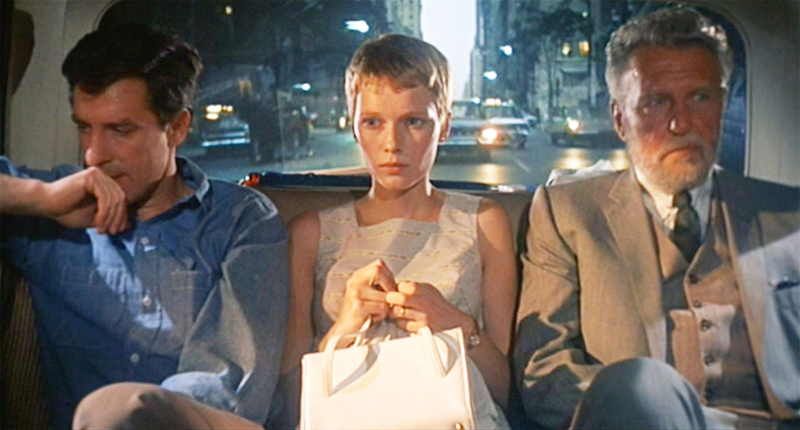 These scenes are so specific, that beyond the pact with the Devil story, it’s hard to ignore how much fragile Rosemary has to endure simply based on everyone telling her what to do. Forgive me for using this overused term, but it’s one of the most mansplaining movies of all time. It’s like being stuck in a satanic vortex of mansplaining where you’re going to have to accept your devil child or run far, far away just to get these people to stop talking AT YOU… Well, for Rosemary, the love of the child supersedes devil worshipers, the medical profession and her terrible husband, and she will accept her newborn, no matter what they’ve done to his eyes. It’s, in the end, heartbreaking and extremely touching.

And so it begins, there's much more to this piece, from Rosemary's Charlotte Perkins Gilman yellow wallpaper to Polanski's The Tenant, echoing the predicament of poor Rosemary ... read my entire essay at The New Beverly Cinema.