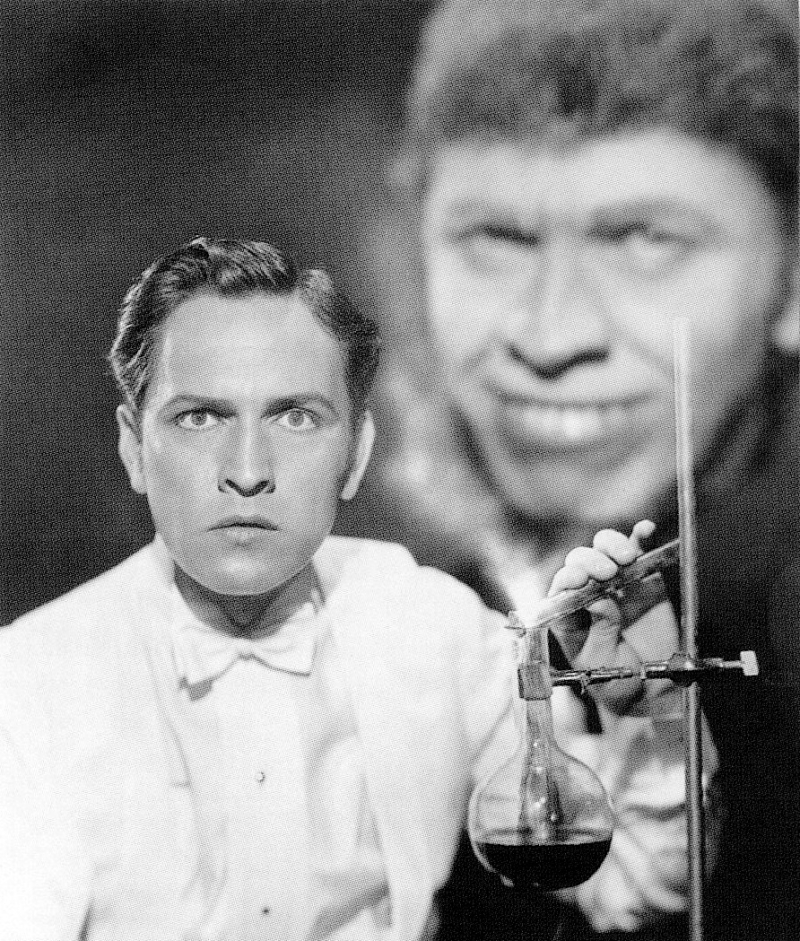 Check out an excerpt from my debut piece for the iconic, movie-lover utopia, The New Beverly Cinema, the only revival house in Los Angeles that projects exclusively on film (no digital). Here, I tackle Rouben Mamoulian’s innovative pre-code masterpiece, Dr. Jekyll and Mr. Hyde, starring a brilliant Fredric March. Do not miss this one, playing Oct. 19 & 20.

Rouben Mamoulian’s Dr. Jekyll and Mr. Hyde opens with such a passionate proclamation of, at first, sound, that the very theme of the picture is addressed immediately – Bach’s “Toccata and Fugue in D minor,” banged away by a jocund Dr. Jekyll. This was the first use of that piece in a sound picture and later became an oft-employed sonic invocation of villainy, but, here, it registers just as Fredric March’s Jekyll plays it – a cry of the splintered psyche: startling, yet romantic, beautiful even sensual — the id we wish to release from the shackles of our repression. One we can both unleash and control by pounding that organ.

Be careful what you wish for. Or wish to control. Or pound. 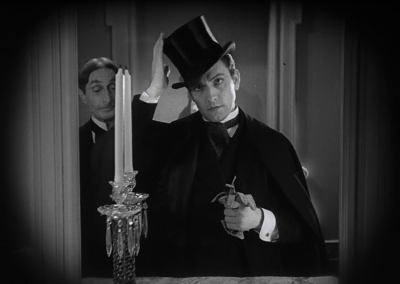 The sound moves to image, revealing Jekyll’s elegant hands at the organ as he casually addresses his butler who reminds the doctor of his lecture. Immediately, Mamoulian (via cinematographer Karl Struss) has placed us, the viewer, in the eyes of Jekyll (we are Jekyll, according to Mamoulian, “the audience does not see him, they are him,” and, in turn, we will be Hyde), we don’t see his face, we see what he sees — the innovative POV and moving camera fluidly walking us along with Jekyll, chatting with our butler, entering the foyer wherein the butler asks the first doubled question: "topcoat or cape, sir?" Cape and top hat, of course, and we finally see Jekyll (ourself) in the mirror. There’s that handsome Fredric March, there you are, in what will be many uses of doubling, splintering and in many ways, soul searching and, of course, sexual frustration and release. It’s much like Robert Montgomery’s later POV usage in the impressive Lady in the Lake (which was used entirely throughout) but Mamoulian’s technique is much more seamless – a purer integration of camerawork and special effects with story and theme, and one of the greatest synthesis of style and substance in all of cinema. (Something Mamoulian was absurdly, unfairly dismissed for later, chiefly by Andrew Sarris who found him all show and acrobatics: “Less than meets the eye… an innovator who ran out of innovations.”) 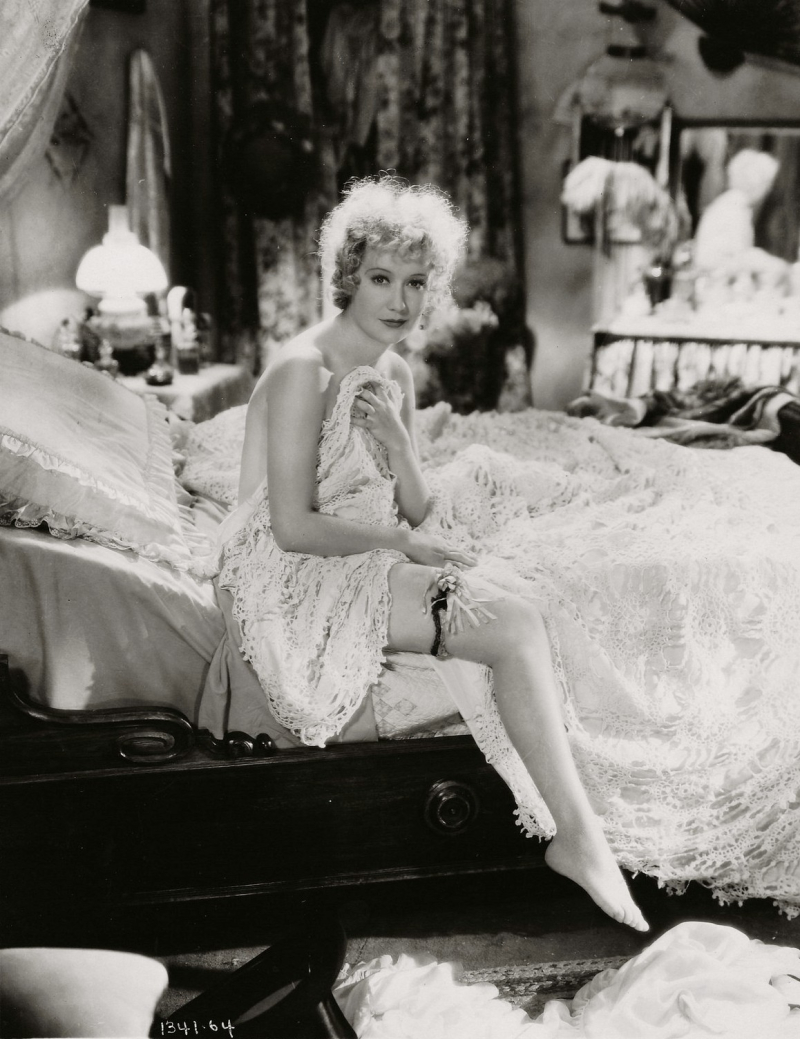 The sequence continues, and we follow Jekyll, still from his POV, out to his coachman and on his way to his lecture hall, everyone addresses him with respect, and then, after his lecture, which we finally watch outside of Jekyll’s eyes (about the potential to split the soul of man), a student jokes to another: “Why don’t you stay at home and send your other self to the lecture?” What we then learn about Dr. Jekyll is that he is in a crisis, not professionally, but romantically, sexually. He yearns to marry his beloved, Muriel (Rose Hobart), but her father (Halliwell Hobbes) is maddeningly making him wait. Jekyll is going crazy over this: “You’ve opened a gate for me into another world… But now the unknown wears your face, looks back at me with your eyes.”

His desire intensifies while, on a walk with another doctor, he helps a woman of ill repute smacked down in the street. That’s Ivy (a ravishing, touching Miriam Hopkins), whom he’s immediately attracted to and flirts with, making much about her garter when really admiring her lovely leg. In a scene that’s one of the pre-code-iest of them all, Ivy sexily strips down to nothing and pulls the sheets over her, beckoning him to return. He wants to. We want to. He and we will. 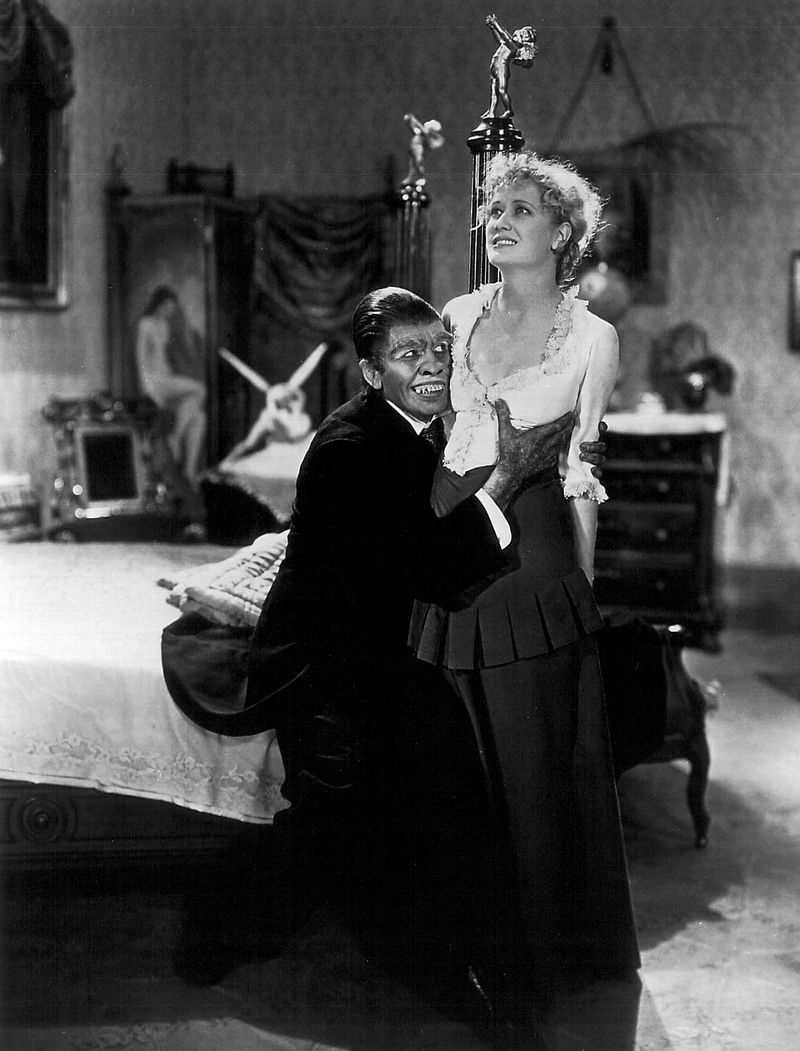 And so begins Jekyll’s test on himself – the potion that will transform him into Mr. Hyde. The potion, a sort of demented Viagra is curious, since Robert Louis Stevenson, who wrote the famous novella in 1866, was rumored to be on cocaine while writing the iconic strange case – he was bedridden with TB and his story came to him in a dream… and he wrote it fast. How ahead of his time he likely did not know. But the potion, or drug, morphs Jekyll into that creature, a depraved, simian, man-beast, overly virile, overly agile, lacking a conscience, a delighted, giggling sadist so pleased with himself that the picture turns the viewer on ourselves. Do we want a shot of that stuff? Are we pleased now? Well, in a perverse way, perhaps we are, at first... 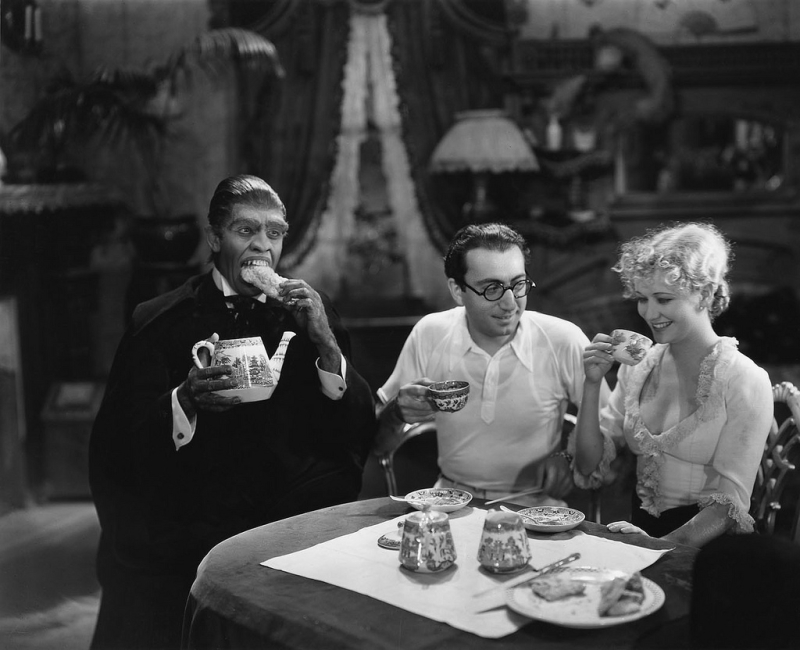 There's much more! Read the rest of my piece at The New Beverly. And see the movie.