Home Archives Profile Subscribe
Beyond the Beyond: Twin Peaks
Valley of the Dolls: Criterion Edition 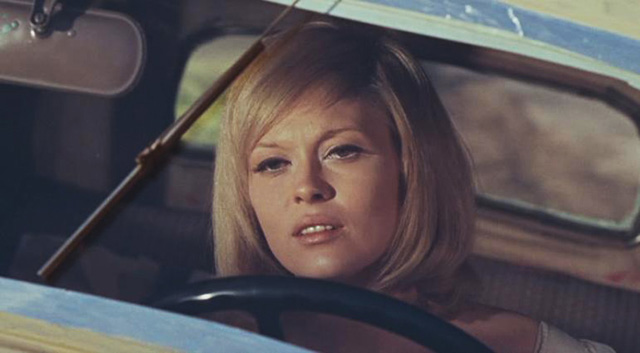 The October edition of Sight & Sound is out and I've written an essay on something near and dear to me -- the road, cars, and especially women on the road. Pick up the magazine on newsstands, soon. Here's an excerpt:

As Tom Neal asks, wryly, in Detour: “What kind of dames thumb rides? Sunday school teachers?” The answer? Or, what should be the answer? Yes, of course Sunday school teachers, why not? And waitresses. And writers. And runaway heiresses. And teenagers. Lana. Goldie. Bibi. Bonnie (you know which Bonnie). But Tom Neal was voicing, clearly, what audiences and anyone, even now, driving through America or anywhere would feel seeing a lone woman standing by the side of the road, thumb in the air – what is her story? Or, what in the hell is wrong with that woman? Neal avoids the warning signs and picks up a vicious yet vulnerable Ann Savage anyway, sealing his fate by accidentally strangling her with a phone cord in a hotel room. Woops. This is not Claudette Colbert, big guy, and you are most definitely not Clark Gable. You’re in Ulmer-ville, remember?

Well, Savage, as Vera, didn’t exactly deserve to die (not that anyone really does), an intriguing element to Edgar G. Ulmer’s Detour as we both feel for Neal sitting in the car with that terrifying woman, and feel for Savage as she… back to this: what is her story? Beyond the man she fended off that Neal happened to kill (why is Tom Neal always just happening to kill someone?).

She is so much more than a stock femme fatale (most “femme fatales” are) a skinny drifter so bitter and exhausted, she nearly saps herself of all sex appeal, even as she’s attractive, never down shifting to the sweet spot– any of her charm or lustful eyes, all those pretty distractions that kick in for a woman’s survival or manipulation. She’s too damn pissed off and road weary. Promises of sex, soft skin smoothing out the edges and dusting off the dirt? Sure, it’s possible, but just what is Tom Neal going to do with her in that hotel room? Jesus Christ. We actually didn’t expect that. Not in that way. Poor Vera.

So, taking on the genre, or sub-genre of women-on-the-road movies, and thinking of Savage, an agent of fate, it’s hard to not think of all women in road movies, an expansive genre that I can’t cover entirely within this space -- there are just too many. Because going through road movies, women play an integral part within them, a genre generally associated with men, save for the distinct and obvious movies – like Thelma and Louise, Boys on the Side, Even Cowgirls Get the Blues, Vagabond or Crossroads (yes, the one with Britney Spears – a terrifically fun road trip-melodrama), the sublime Carol and, most recently, Andrea Arnold’s American Honey.

Arnold’s much-buzzed picture, her first American movie, features a girl named Star (Sasha Lane), a young woman who takes off from an abusive Oklahoma home to sell magazines on the road, a retro-sounding endeavor (selling magazines?) but something Arnold had read about. There’s a boy and girl on the trip -- Jake (Shia LaBeouf) and Crystal (Riley Keough) – and they all rumble along the Midwest packed up in a van, enjoying and enduring the expedition. But this is a female story, something Arnold has a wonderful sensitivity and acumen for. The young woman’s journey is within all of Arnold’s movies, even without a highway to be rolled down (Fish Tank, the most powerful) but Arnold wanted to chronicle the specificity of the American road. So much so, that the director took a road trip herself. As she said in Cannes: “The West is very dramatic. I had some quite difficult times being by myself traveling in that open wilderness… a mix of the America I grew up with—that I saw through Hollywood, romanticized—and contemporary America that I saw when I did my trips." 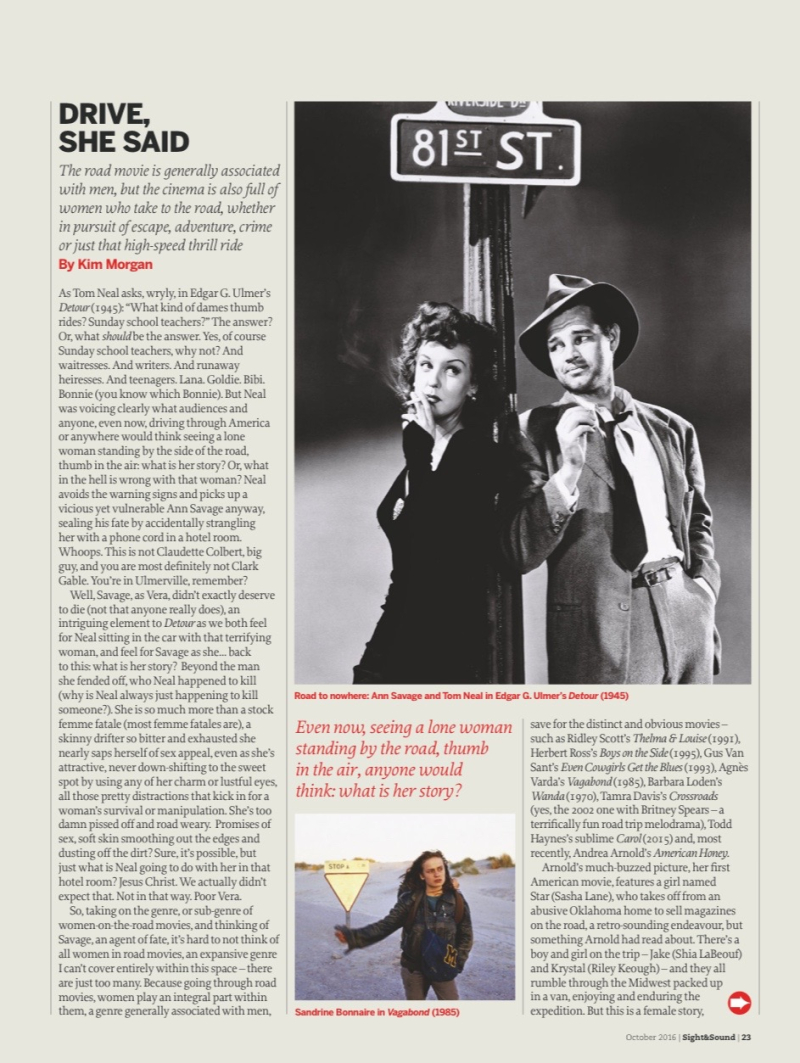 Make note this is the America Arnold grew up with -- in movies. The road has always been a place for cinematic escape, discovery and freedom, or some kind of existential crisis (Monte Hellman’s masterpiece, Two Lane Blacktop, the best example, which also features a crucial, evocative “girl” played by Laurie Bird), but one we associate with McQueen, Gibson, Oates and Fonda (and Oates and Fonda together, see, Race with the Devil). That road Jack Kerouac wrote about, a place for “crazy, illuminated hipsters suddenly rising and roaming America, serious, bumming and hitchhiking everywhere, ragged, beatific, beautiful in an ugly graceful new way." That’s for men. The women stayed home.

Actually, they didn’t stay home: Not in cinema, anyway. Just think of them: Veronica Lake in Sullivan’s Travels, dressing as the cutest little boy you’ve ever seen tramping along with Joel McCrea’s “Oh Brother, Where Art Thou” tour; Peggy Cummins’ traveling carnival sharpshooter who drags Dahl’s butt into this enormous mess in the first, driving Dahl, literally and literally crazy (both of them backing the hell up or moving forward, shooting, eyeing the threat behind them, beautifully) in Gun Crazy; Ellen Burstyn in Alice Doesn’t Live Here Anymore, manning the station wagon to T-Rex’s "Jeepster," enduring her son’s absurdly long gorilla joke, getting the hell out of Dodge after Harvey Keitel goes bat shit crazy in her hotel room; Lizabeth Scott, turning full sociopath, abandoning wife-hood for dough in Too Late for Tears; Bibi Andersson hitching a ride in, yep, Ingmar Bergman’s road movie, Wild Strawberries;

Bonnie Parking living and dying in that car in Bonnie & Clyde, Uma Thurman rolling all over the world for her “roaring rampage of revenge” in Kill Bill; Goldie Hawn busting her husband out of the slammer in The Sugarland Express, resulting in one of the most entertaining and ludicrous police pursuits in movies; Barbara Stanwyck taking on her captor, sexy, smirky Ralph Meeker as he eats all her crackers and confesses his love for cheap perfume (“It doesn't last as long, but it hits harder”), doing anything for husband (anything!), Charlize Theron’s Furiosa taking over for Tom Hardy in Mad Max: Fury Road to become the actual hero/heroine of the story, sad, troubled Janet Leigh driving to her doom in Psycho … and on and on and on… 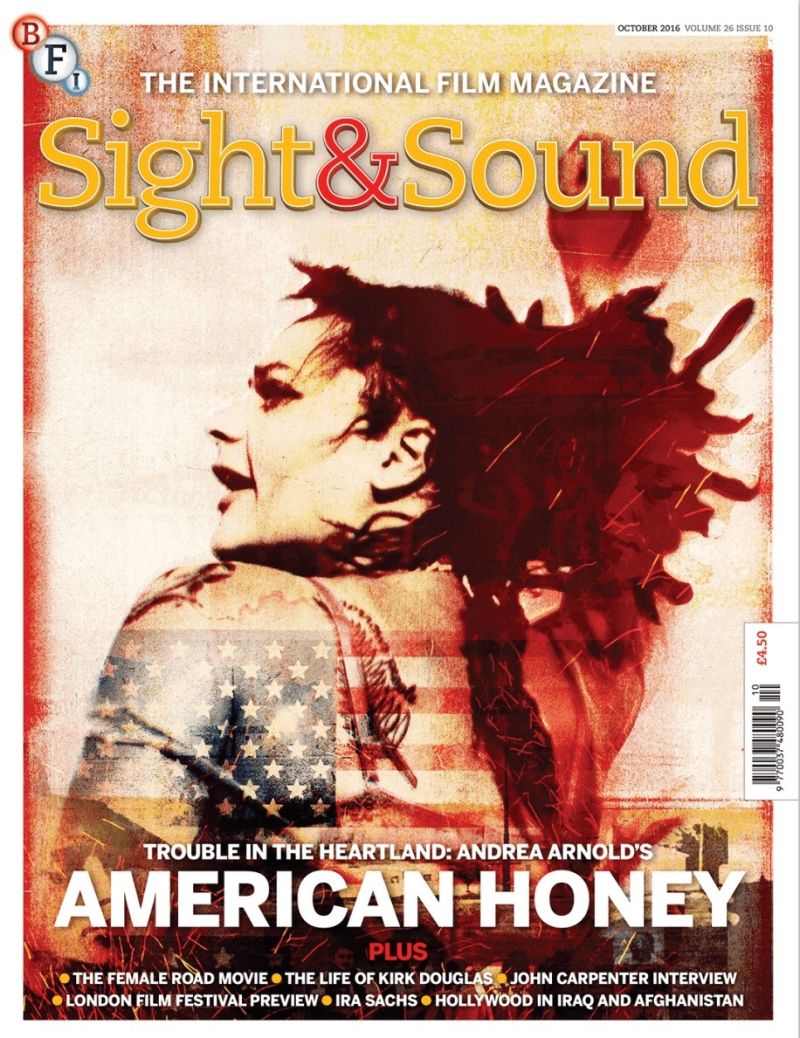 Read the rest of my piece in Sight & Sound's October issue, in which I further discuss, among other films, Ridley Scott's controversial "Thelma and Louise," Frank Capra's liberating "It Happened One Night" and Quentin Tarantino's uber-feminist "Death Proof"...

Very cool. I'm def going to pick this up.

Incidentally, one of my favorite scenes in...well, in all of film is in Detour, when Vera's eyes are suddenly open and staring at Al, moments after she hitches a ride.