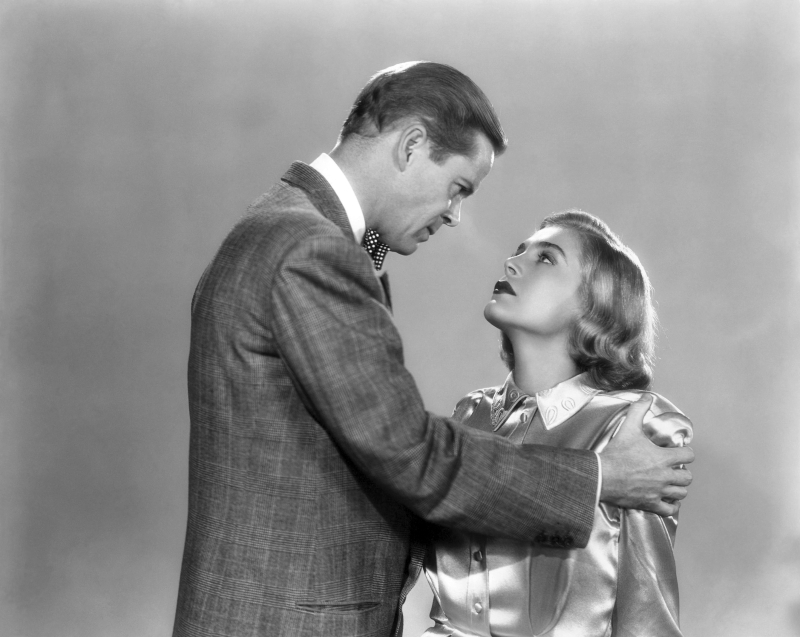 Read my piece on two terrific, newly restored noirs with two powerful actresses leading the show (Ann Sheridan and Lizabeth Scott) -- "Woman on the Run and "Too Late for Tears" -- in the July issue of Sight & Sound. Find the movies at Flicker Alley (I'm also part of the two documentaries about the two pictures). Here's a excerpt. Read the entire piece in the July issue...

Marriage. What does it do to people? Or, more specifically to women? Oh, it’s fulfilling and children are often born and two souls are united, and there’s hard times and good times, and then … who are we kidding? It gets old. Not irrevocably so, not always (but enough that divorce is as common as the cold), but some people become so rote, they lose their way, they sleepwalk through the motions, dreaming of another life, floating in some marital netherworld they never anticipated. They pace around a kitchen and coolly reveal rows of dog food cans in the cupboard to inspectors while their husband’s gone missing. They go sociopathic with glee when a bag of money falls in their lap, never mind their husband wants to do the right thing, because, why would you do that? Why not team up with Dan Duryea, double cross his sleazy ass and run off with a bag of loot. Is that normal? Should it be? What is normal? 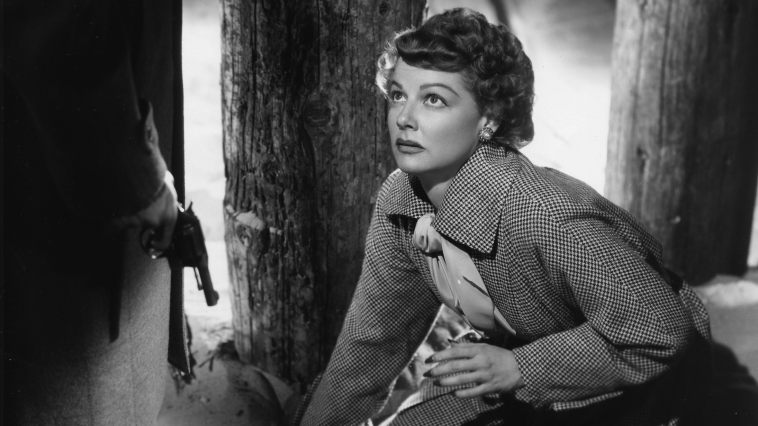 When discussing the dual release of two pictures long buried in scratchy, public domain copies, now restored thanks to UCLA Film & Television Archive and the Film Noir Foundation, Too Late for Tears (1949) and Woman on the Run (1950) nothing is normal. And yet nothing is unrecognizable either. Humans are human. And odd. In Too Late for Tears, the weirdest housewife in the world, Lizabeth Scott, says to a snooping, face-slapping Dan Duryea, “I let you in because, well, housewives can get awfully bored sometimes…” In Woman on the Run, the most disenchanted housewife in the world, Ann Sheridan, is asked to describe her missing husband to suspicious detectives. Her answer, “I haven’t been able to for a long time.”

Byron Haskin’s Too Late for Tears (1949) is the meaner of the two pictures. Lizabeth Scott is just riding along at night with her husband (Arthur Kennedy) when a bag of money tossed from a passing car is hurled into their back seat. Well, how’s that for lucky (unlucky) accidents. Kennedy wants to report it to the police, Scott wants to keep it, and they make it past the real recipients and the police and all the way home, emptying out the money on the bed, Scott practically orgasmic with the idea of 100k almost literally falling in her lap. Kennedy asks, perplexed, “What is it, Jane? I just don’t understand you.” Yes. It is safe to say this man doesn’t understand his wife. Has he ever understood her? 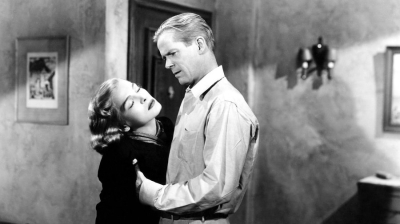 And then Dan Duryea shows up… Duryea takes in lovely Scott and sees right away what her husband has been cluelessly unaware of – this lady is crooked, perhaps evil, and Duryea likes it. It gets him off. Scott’s perfectly suited for this type of attraction – she often appears a walking somnambulate with an odd kind of toughness -- an angelic face and that valium-tinted voice, trained, but tranquil, and so her evil comes off not hard, and not vulnerable, but … lost. Drugged. She’s sexual and a-sexual. She’s completely in control and completely insane. She’s confusing; her mystery impenetrable. And that’s attractive. This attraction isn’t Duryea’s smartest move, however, as Scott’s bored housewife is so mercenary, that nothing, not her husband, not even Dan Duryea is going to get in her way, and she moves to places even an eventually sympathetic and nuanced Duryea finds terrifying, which is really saying something. 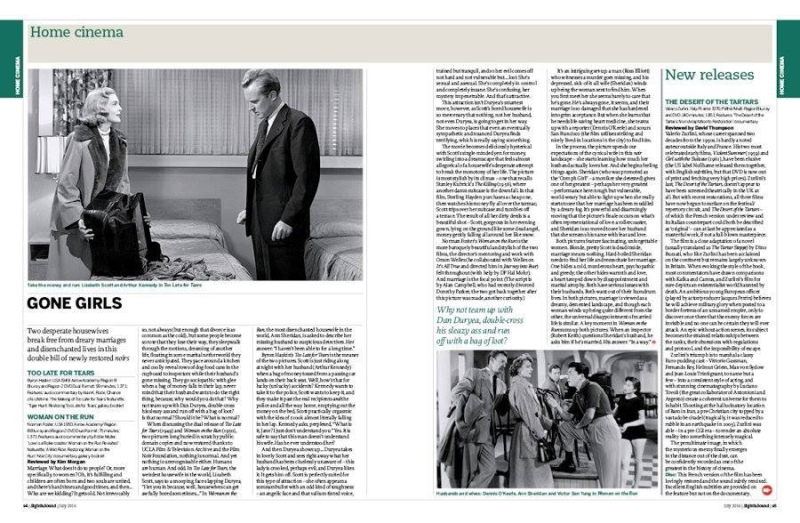 The movie becomes deliciously hysterical with Scott’s single-minded yen for money, swirling into a dreamscape that feels almost allegorical of a housewife’s desperate attempt to break the monotony of her life. The picture is most stylish by its climax; one that recalls Stanley Kubrick’s The Killing, another damn suitcase/satchel is the downfall. Sterling Hayden purchases a cheap one, watching his money fly all over the tarmac, Scott trips over her case and tumbles off a terrace. The result of all her dirty deeds is a beautiful shot – Scott, gorgeous in her evening gown lying on the ground like some dead angel, money gently falling all around her like snow...

Read the entire piece in the July issue of Sight & Sound. 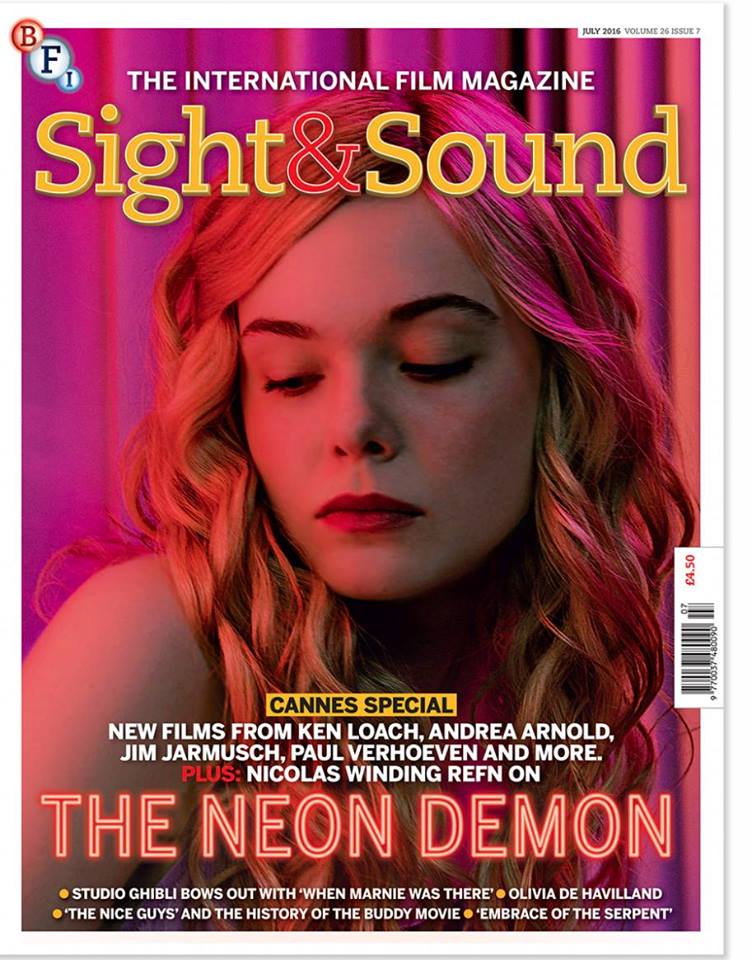