Listening to the Darkness ... 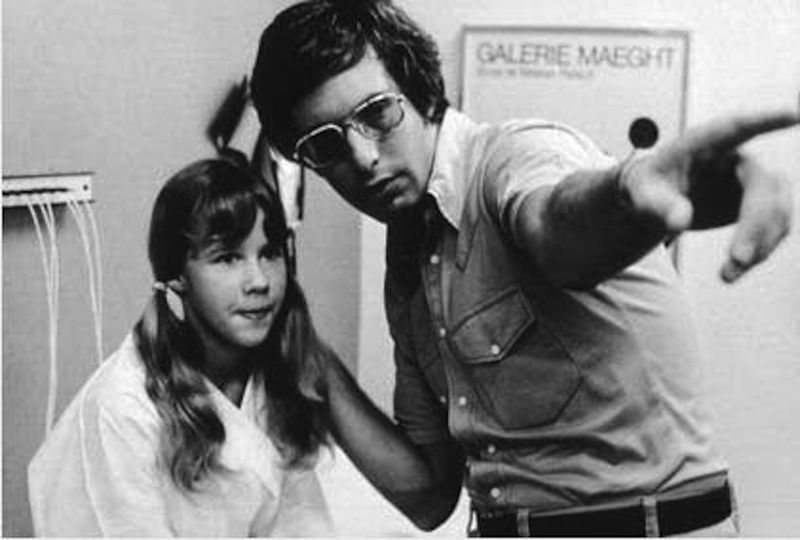 Early in my writing career when I was a film critic for the Oregonian I interviewed William Friedkin while he was making The Hunted in our city of bridges and frequent gloom. It was a beautiful spring day in Portland, nice for Portlanders, not so nice for Friedkin. For his new, moody movie he was promised rainy, overcast weather. He said to me, bemused: "As Rick said in Casablanca. I was misinformed."

When I met him on set, he was wearing grease-monkey dungarees required for filming in a dank, hot North Portland tunnel -- he was shooting a tense scene in which Benicio Del Toro was brandishing a knife. I was also required to suit up in dungarees to watch, notepad in hand. That was exciting for a young writer who'd never stepped on a movie set. I felt like I was in the belly of the beast. 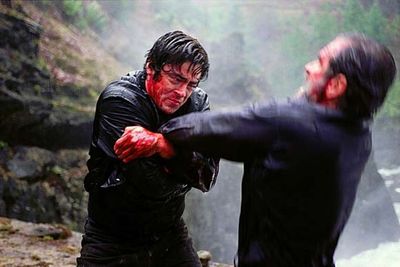 I interviewed him twice, while on a long break from shooting and then later over dinner. Many aspects of his career were covered, all of the movies (we really got into Cruisin' and Sorcerer, two films I loved and still do), we discussed his influences and he talked about numerous films and filmmakers. He was endlessly interesting and charming. Discussing his childhood, I found this fascinating and pertinent: "My main influence was dramatic radio when I was a kid. I remember listening to it in the dark. Everything was left to the imagination. It was just sound. I think of the sounds first and then the images."

Friedkin is famous for his provocative, visceral and ingenious soundscapes and discussing this, I wrote in my profile, "Collaborating with inventive composers such as Jack Nitzsche, Friedkin creates impressionistic symphonies out of animal yelps, voices, footsteps, rubbing leather, natural location noise and existing music. The results are often beautiful, nightmarish and sometimes subliminal, deepening the substantial and creepy feelings emanating from his pictures."

Yes. All of that. And, then, the subliminal, which has always gotten to me. We talked more about sound, which led to The Exorcist, which led, naturally, to how that movie terrified me as a kid, even just watching it for the first time, snuggled up and supposedly prepared, in the living room. I was not prepared. I had to express this since it caused so many months of sleepless nights and likely pubescent powerlessness. Girls who are beginning to feel out of control regarding their bodies and thoughts, their budding sexuality and the realization of how dark the world is, and their curiosity about it, not to mention new fluids emerging from their special places, might possibly respond more to the picture. It did in my case anyway. And all those terrible things you yell at your mother...

But back to sound, Trembling on the basement couch, I was, at one point, not spontaneously covering my eyes, but slapping my hands over my ears. I was horrified by that breathing sound pulsating from Regan's bedroom. I was even scared I could possibly be imagining sounds tumbling out of my subconscious. It wasn't the pea soup and levitating so much as the buildup, the claustrophobia and, again, the sound -- something you can't escape in bed at night, eyes shut tight. Every creaking floorboard, every flapping shutter, rats in the attic, even breathing, it all took on an evil resonance for me as I tried to sleep. I even wondered if I was welcoming evil, which further freaked me out. 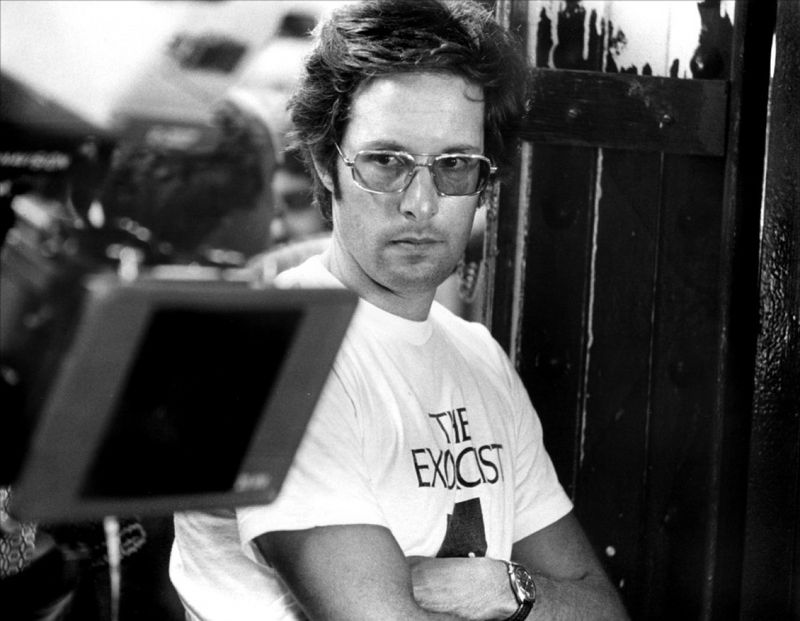 But at 12, I was rapt, there was no way I would not watch and listen and I made it through the entire movie, understanding it was a masterpiece. Friedkin found my terror amusing, surely he'd heard how much The Exorcist has scared people a million times, but if it had gotten old for him, he didn't show it. I remember thinking, if my traumatized, evil-questioning 12-year-old could imagine me talking about this now. That girl who was staying awake wondering if evil was going to take over her body and did she really believe that? Would she feel comforted knowing in the future she would be talking to the man responsible for all this? Not sure, given what he then said to me.

Well, thank you for that. And Happy Halloween.

quoting Dina Gachman: 'I loved that she and Shelley Winters were roommates and that they got drunk with the poet Dylan Thomas one night, which ended with him crashing a car into Charlie Chaplin’s tennis court. To me that’s more fun and worthwhile than rehashing the conspiracy theories about her death or talking about her affair with JFK.'

I have to ask 'why?' Because I figure that the problem with the conspiracy theories is that they are bunk, therefore are not fun/worthwhile. I incline to even suggest, seriously, that 'her affair with JFK' is perhaps bunk. Just, call me a pill, but was there actual evidence of this? I'm not asking whether Shirley Maclaine believes it, and by the way, she does. What about the idea that 'she and Shelley Winters were roommates and that they got drunk with the poet Dylan Thomas'. Okay, what year was this? Where did they live? In Los Angeles? Like, in 1951 or something? I honestly wouldn't put lies past Shelly Winters. Do I have to believe all the celebrities' stories about Marilyn Monroe? I might be giving bandwidth to Tony Curtis, to Mickey Rooney. Shelly Winters has some charming stories, but did Dylan Thomas even ever show his face in Los Angeles? An honest liar might simply have changed a writer's name to a more famous writer's name, and some of it is true..? I have a bee in my bonnet about charming stories that are not true, like about my week with Marilyn or whatever.

I'd love it if I could believe anything that Shelly Winters said, I'd really have to read every word. Yet, I don't feel the need, because she's simply a liar. With hundreds of books out about Marilyn Monroe, I think people have caught on that she's gonna sell..? I won't insist on the last word, but only that I really would be trapped reading all the stuff that actually is true. I'd be a slave to celebrity memoirs if they weren't bunk. Aren't they?