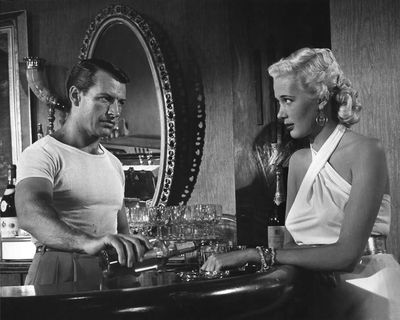 The title is deceptive because, really, Beverly Michaels isn’t wicked, she’s just sick of it all. That whole bit about being a woman in this life, unmarried, down on your luck and, oh, sure, gorgeous, but how far will that lead you? And how you’ve heard and seen it all. The thrill or disgust of a cat call (depending on the day, or the man), the joy of one’s own beauty co-mingling with the bitterness that comes when people think that’s all you’re made of, the creep next door who won’t leave you alone because, in a moment of desperation, you were nice to him once; all of those day to day indignities are so viscerally felt when Michaels just slumps across a room. 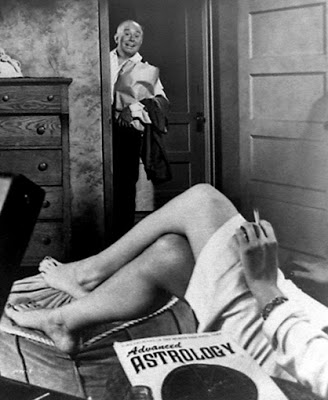 That room being her dingy dive in a boarding house, the type of place her landlady hollers is “respectable” (which always means it’s not); the dump she reads her horoscope, drinks beer, and dreams of her new love (and she really does love him), Richard Egan. Only one problem -- Egan’s wife. White-clad drifter Michaels (always white –Michaels tops Lana’s lily-clad faux purity in Postman Always Rings Twice with her getups) sashays into town, nabs a job as the hot waitress at an establishment run by hunky Egan, but owned by his wife, a blowsy and sad drunk (a terrific Evelyn Scott). 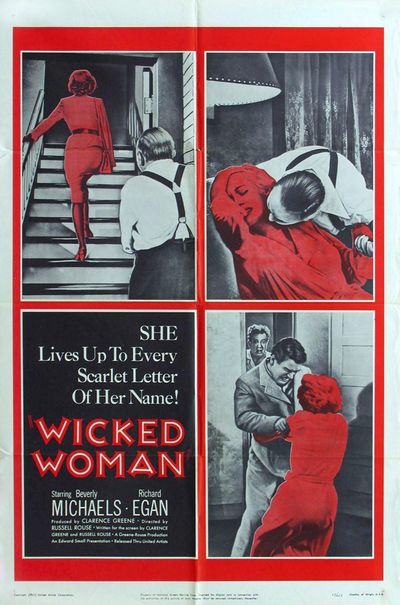 What to do? Well, probably something pretty crooked, but surprisingly, when viewed against other devious noir couples, not as evil as you’d imagine. Russell Rouse (The Thief, New York Confidential, The Oscar) directs this 1953 B grade pulp with A plus panache – he allows his actors to take over their sordid surroundings with such power, that you truly feel for them – particularly Michaels. 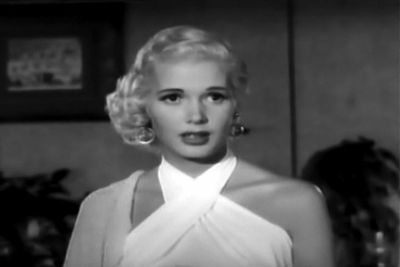 It’s like kitchen sink pulp, with characters who could seem overdrawn, but are, in fact, very real. So real they’re almost freaks. Michaels is more than leggy, she’s six feet tall, neighborly creep Percy Helton is such a letch he’s a bonafide hunchback and Egan is so obnoxiously handsome he’s managed to grow a dimple between his eyes. 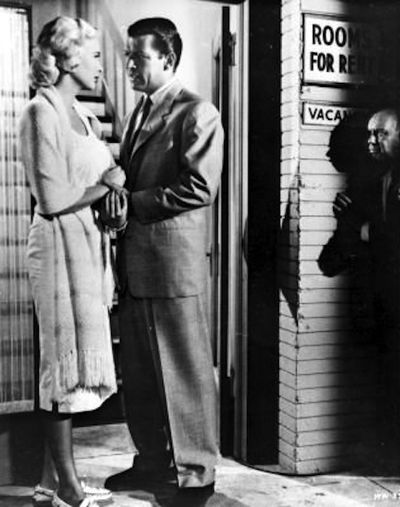 Rouse crafts a dirty jewel with this one, a masterpiece (yes, a masterpiece) that not only speaks vividly of human nature, but also understands women, from the so-called floozies to the sad carping drunks (who often carp for good reason) and even the men pushed and pulled and struggling themselves. Women aren't always "wicked" becuase they're out to get men. Often they need a job, they need money for the bus, they need at least one nice white suit.  I mean it.  Wicked Woman should be taught in every Women’s Studies class on every college campus in America.

Wicked Woman will be introduced by Kim Morgan and Guy Maddin at the Telluride Film Festival.