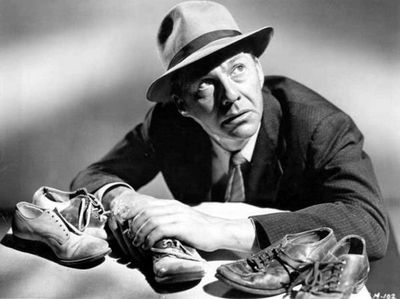 How to remake one of Fritz Lang's greatest pictures? Joseph Losey found a way. But many, including Lang, did not embrace Losey's vision. I had longed to see this film for years in an at least semi-decent print. I could never find anything but the murkiest of  copies but I managed to track down a muddy, barely watchable version and I took it in -- even as the picture quality frustrated me. I could still see it was so beautiful, so wonderfully shot, so powerful, even within all that murk and muck. I revere Joseph Losey, from his masterworks such as The Prowler to Big Night to The Criminal Accident, also The Boy with the Green Hair, These Are the Damned, Modesty Blaise and of course, The Servant and The Go Between. And Boom!  One can't forget Boom! One shouldn't forget Boom! "Injection!" 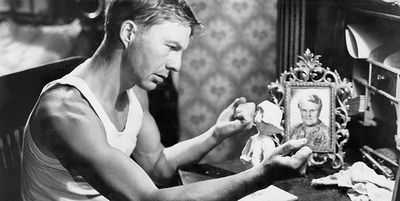 There are those who just don't take to remakes, tiresome souls they are. To those, I say, calm down and watch Sirk’s Imitation of Life and realize it can be done, brilliantly, and with some unique deviations. I’ve also heard non believers grouse about actor David Wayne filling in for Peter Lorre’s brilliant performance  -- that he’s too understated, too boring; there’s just no heft to him. Well, the subtlety works and he comes off not only incredibly creepy and heavy breathing sexual but an effective cipher and just terrifying (he's different than Lorre) who allows Losey’s spectacular supporting cast -- Martin Gabel, Luther Adler, Norman Lloyd, Raymond Burr and Jim Backus -- to work off and perhaps even through him by going larger (Luther Adler is especially strong here). 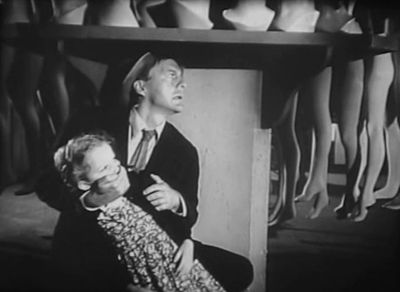 And the locations they go through as well, Ernest Laszlo’s cinematography and depiction of 1950s Los Angeles is exceptional -- from the seedy Bunker Hill settings to a terrific use of the Bradbury Building where the killer is hunted, to the use (and abuse) of mannequins  (women, children, sexuality, parts), all winding up and and swirling together into a powerful, sexual mob hysteria, underscoring that era’s political paranoia and what would happen to the soon-to-be-exiled HUAC target Losey. 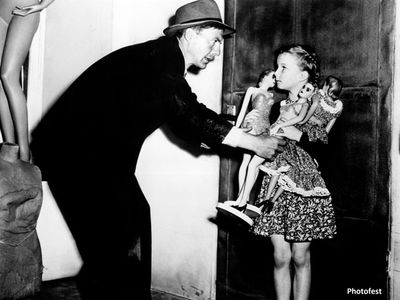 The director wanted to make some interesting changes from the Lorre kiddie killer to the Wayne child murderer, and he did. It's not that one is preferable (Lang vs. Losey), it's just that both are intriguing. The production notes were based on a study of two real life murderers, and according to David Caute's fine biography on Losey, in files Losey wrote, "Harraw was isolated in his youth by religion and by poverty. He is suffering from hyper sensitivity. He was sexually attracted to his mother. This resulted in frustration, hatred of father." Losey continued, "The shoe and foot as sexual symbol -- contact with earth, fecundity... And I wanted to present him as a product of a mother-dominated and materialistic society of lower middle-class America, where everybody had to be big he-men otherwise they were sissies... this man undoubtedly was a concealed homosexual, totally in conflict with everything including his own mother whom he adored and hated." 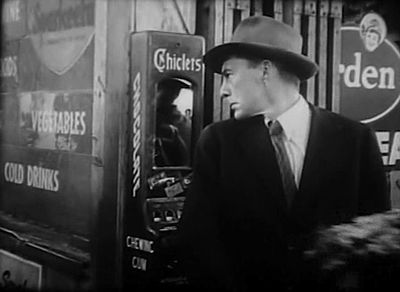 Oh, yes. The mother. The kinky shoes. But the environment. Los Angeles has never looked so lonely and vulnerable, from the creepy killers to those kids walking around downtown Los Angeles, looking in windows, walking out of theaters. One still feels this way in Los Angeles -- both cramped and wide open, friendly and sinister. You never know what is lurking. Even in the most innocent of circumstances. 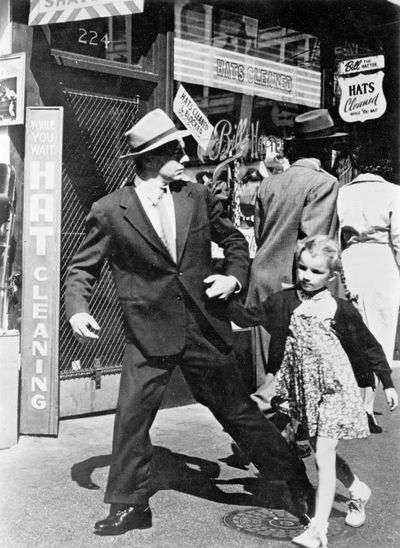 So, finally! A restored copy of Joseph Losey’s underseen, under-discussed, and that overused but, in this case, apt term, underrated M, here at Telluride. Lang never saw it but was pleased that it bombed and based on what he had heard, disagreed with how Losey discussed the killer's motives and psychology. Again, we can agree to disagree Mr. Lang. And I think your version is a masterpiece. Nothing will take away from that. Losey's is just too different. 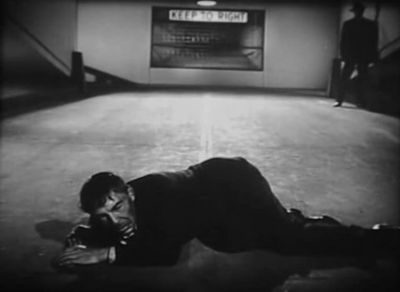 Losey, pursued himself, and during the very year this picture was released, the HUAC target would leave the country instead of naming names for that ghastly, career-destroying committee, only to return in 1952, blacklisted. Thankfully, he embraced Britain, and become one of the more fascinating filmmakers of the 1960s. He also, in Secret Ceremony, got Elizabeth Taylor to take an on screen bath with Mia Farrow… He’s a treasure. And now, his picture has been restored. I can't wait to watch tonight.

Presented at the Telluride Film Festival by Kim Morgan, Guy Maddin and special guest Pierre Rissient who has been championing Losey's M for decades.

It's a starkly different take on the same story. Whereas Lorre was scarily sympathetic, Wayne is scary period. If you're familiar with the Bunker Hill area of downtown L.A. this film has everything -- from Angel's Flight to the Bradbury Building. Tis was Karen Morley's last film, and she's heartbreaking as the mother calling out for a daughter Wayne has at that moment just killed.