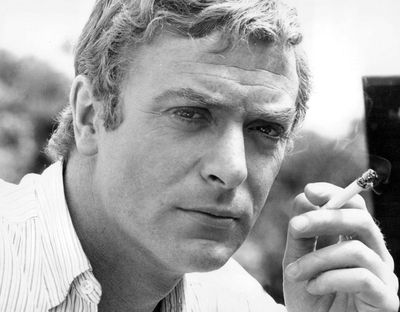 I asked the easy, but often hard to answer: "Who was the greatest director you ever worked with?" He answered, without hesitation, "John Huston."

That was Michael Caine and this was 2009, when I sped up from an away-from-LA respite in Joshua Tree to talk to the legendary actor among a small (surprisingly small) roundtable of film writers. When he walked into the suite, he was casual cool, but burning with that kind of charisma that makes the entire room feel a little high. Actors are actors and often not so exciting in person but Caine, an icon, was thrillingly magnetic. We all looked at him. Stared. I want to say a woman dropped her cookie though I don't think that happened. We couldn't turn away. 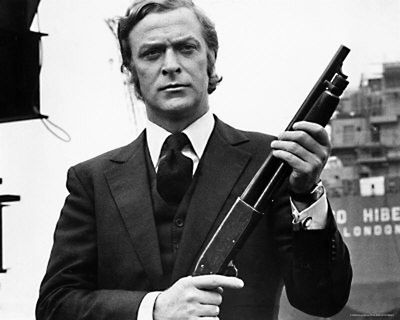 And then he talked. Discussing his current movie (Is Anybody There?), a few of his classics, Batman and more, he was even game when a reporter brought up the Christian Bale Terminator: Salvation outburst. He was surprised by it ("completely out of character" for Bale) but understanding of his co-star. He laughed and said, "I’m more like that than he is. You’re liable to get a volley off of me if you walk around during my takes."

Actors are human, after all. He told us this story: 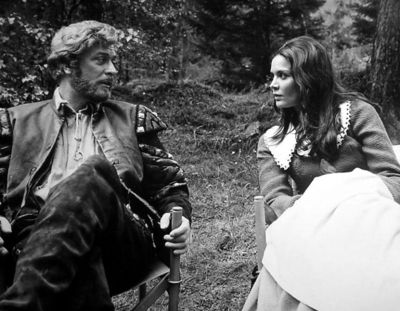 “I lost my temper on a movie years ago when I was doing a movie called The Last Valley. James Clavell was the director. I’m not a very good horseman and they put me on this horse that they knew was a killer and it ran away with me for two miles and I brought it back at a slow pace and then I got off and all the unit were laughing. And then I started and I outdid Christian by about 30 minutes with more language than he knows. So James Clavell broke the crew for an hour and he said, ‘Let’s have a cup of tea.’ And so we went and had a cup of tea." 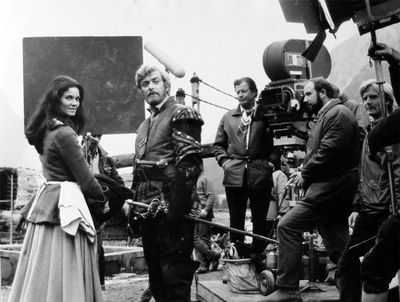 "James Clavell was captured in Hong Kong when he was 14 by the Japanese and spent the first part of his life in a Japanese prison camp. He said to me, ‘The way I survived was I became Japanese in mentality. So I knew where they were coming from in their treatment of us and I knew where I should be in everything.’ He said, ‘The one thing that the Japanese never do is they never lose their temper because anger is an emotion that you should never show to strangers because you expose too much of yourself.’ He said, ‘You must never expose yourself like that to strangers.’ And he gave me this long lecture on the Japanese and anger and I have never lost my temper on a set since. I go home and I scream at the kids. (Laughs) But I have never lost my temper on a set since.” 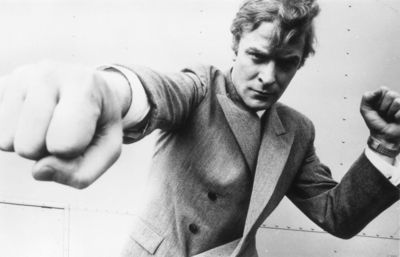 He also discussed retirement, something I just can't see yet. Can anyone?

“You don’t know when your time is up so to speak. There just goes a period of time when the right scripts don’t arrive. And it hasn’t happened to me yet. It might have happened now. I finished this last picture, as I said. I don’t have another picture to do. If a script doesn’t come, then I won’t do anything and I’ll be retired. There won’t be any announcement or anything. I remember MacArthur saying ‘Old soldiers don’t die. They fade away.’ Well, old actors don’t die. They fade away."

He has that rare acting Midas Touch. I'm willing to watch anything with him in it and (90% of the time) I enjoy it.