Blood, Sweat and Guts: The Threat 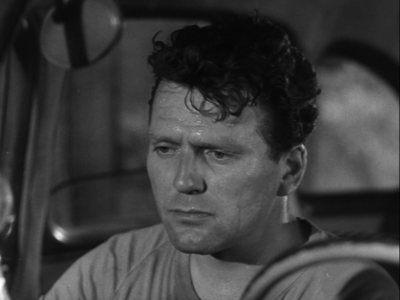 How in the name of Felix E. Feist did I manage to miss the wickedly efficient The Threat until 2011? What a bracing, lean and mean movie this is; a tense, simple, yet vigorously acted action/hostage picture with not an ounce of flab on it. Current action pictures or, really, any modern motion picture (not all, there are exceptions, of course) with their frequently abused 120-plus running times, should take note of this one. Get to the point. We can read between the lines. Or in the case of this movie, the broken furniture. 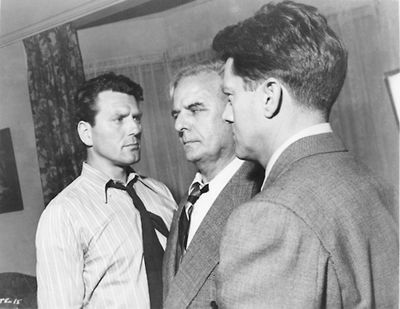 The Threat (1949) stars one of my favorite forces/icons of noir, Charles McGraw, as a ruthless killer who breaks out of Folsom only to kidnap the police detective (Michael O’Shea) and district attorney (Frank Conroy) responsible for his incarceration (with Anthony Caruso, Frank Richards and a wonderfully wan Virginia Grey along for the ride.) Everyone’s terrific here, but it’s McGraw’s party and he'll bust some heads if he wants to. From his silent menace to his terrifying bursts of violence (like pinning a man's wrists with his feet and crushing his head with a chair) he is like nothing you’ve ever seen, and probably never will. Is there any actor alive like McGraw? The answer is no. 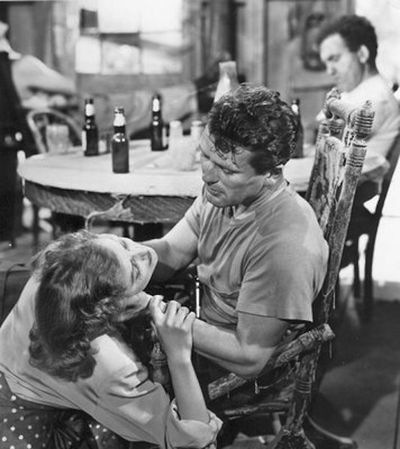 When the picture moves into its sweltering set piece -- a hot California desert hideaway -- it grows even more desperate and volatile. Feist (who directed two of my other favorite hellraisers -- Lawrence Tierney in the tough, excellent The Devil Thumbs a Ride, and Steve Cochran in the rough and romantic Tomorrow is Another Day) working with cinemtographer Harry J. Wild, knows how to showcase McGraw in such doomed digs. Tension builds so much that you can practically smell the sweat among McGraw and company. They perspire and dread and grow crazier and crazier while their big bad captor sits and waits, radiating wrath. 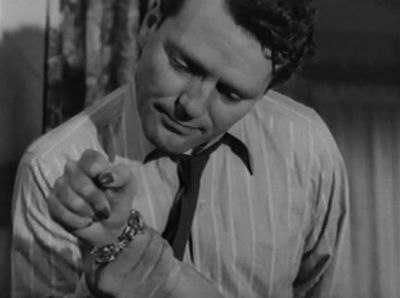 The room rumbles with McGraw's blood, his pumping black heart bouncing off those hate-shack walls. But what makes him even more intriguing is how casually savage he can be, like a tired cat swiping a claw over his trembling prey. And yet, McGraw is so persuasive that if he even briefly stares forlornly into the void, you find yourself feeling something for him. McGraw, that furnace of vengeance, is boiling his captive's lives away. But mostly his own. 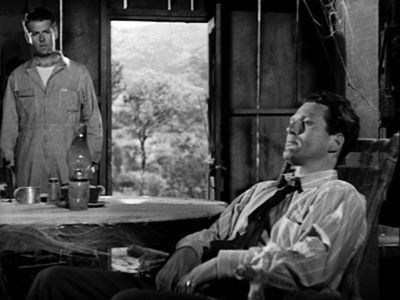 And all in just 66 minutes during which this hysterical entrapment does not waste one minute of intensity, style, intelligence and Charlie-McGraw-magnitude. That's six minutes over an hour. It worked then and it works now. So, watch your old movies, new Hollywood. And try to find another Charles McGraw. Good luck. You may need to actually bust a guy out of prison to do it.

This is a terrific movie. The first time I saw McGraw in a movie I couldn't get stop watching his face. His bone structure in black and white could have been sculpted in marble, and that voice is amazing. I wish he could have been cloned.

Admirers of Charles McGraw's work might enjoy Alan K. Rode's book "Charles McGraw: Biography of a Film Noir Tough Guy." But I would warn the ending is a very sad one complete with drinking and family problems. However the work lives on.