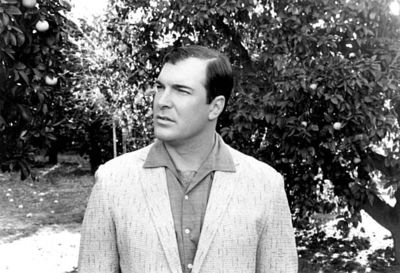 Last night, while watching “Mad Men," a thought occurred to me -- where on earth is actor Patrick Warburton? Yes, Patrick Warburton. Please don't forget our fine character actors. Elaine's boyfriend on "Seinfeld." The blue-suited lead of the smart and funny "The Tick," a frequent voice for animated features. An actor with a whole lot of bravado, oddball sexy appeal and mystery. He’s both of this world and entirely retro. Or, perhaps, not of this earth. There is no actor like the great Patrick Warburton.

We see this best in Warburton’s single-minded, yet weirdly emotional, mother-loving, car salesman turned moviemaker in the outstanding, and outstandingly strange, "The Woman Chaser" -- a movie too few have experienced. 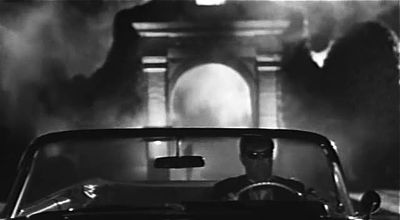 A pity. And a pity that Warbuton isn’t cast enough in film and television. And if a show could use the Warburton bizzaro-swagger, it is "Mad Men" -- he would inject some handsome, barrel chested, devilish power and left-field humor without being entirely arch. You never know what Warburton is up to --  it's not easy irony -- he's too strange for that. Wonderfully strange. He's just as he is -- a man out of time and yet, timeless. He'd fit right in and jive up the joint without feeling forced or silly. He wouldn't need to change his speaking style, he wouldn't need to join the Hari Krishna's to appear different and he'd never need to arch a brow. And in inspired moments, he's a madman. Matthew Wiener, are you listening? 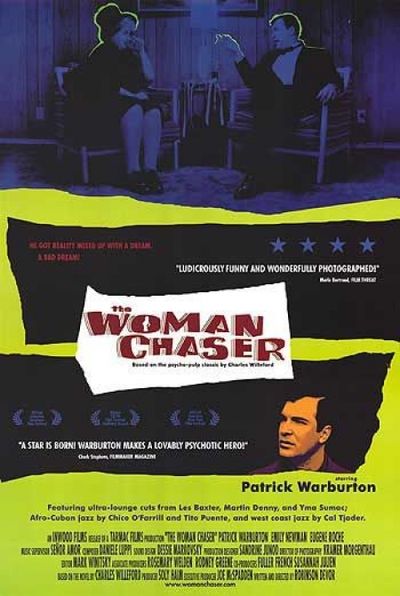 So with that, I'm returning to a movie in which Warburton excels. The underlooked, frequently brilliant “The Woman Chaser” (from 1999) -- a film that showcases this captivating son of a bitch and does the source material (Charles Wileford’s novel of the same name) proud. 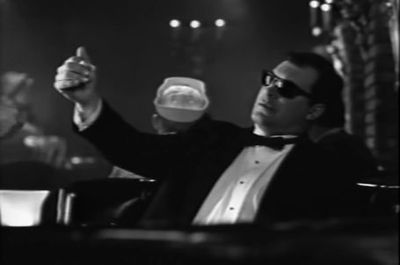 You can’t quite get your hands around The Woman Chaser, and that’s all for the good. It’s a heap of contradictions that absolutely refuses to be compartmentalized. You’ll either love this slice of humorous sociopathic angst (and yes, in The Woman Chaser, there is such a thing as sociopathic angst) or (as some critics did) attempt to corner it as something it’s not. What it is, is vintage Willeford (who was also adapted in two other long-underrated, now classics --  Monte Hellman’s Cockfigher and George Armitages’s Miami Blues) and so true to the author that his widow approved every frame of this underseen treasure. 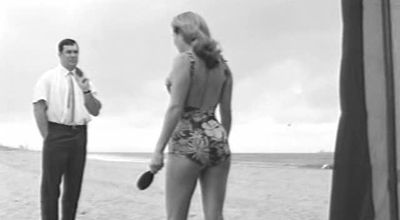 Directed by Robinson Devor, whose only credit up to this point was a wonderfully weird 30-minute documentary about Hollywood billboard phenom Angelyne (he has since directed Police Beat which I need to see and the infamous horse sex documentary, Zoo. You can’t say Devor isn’t multi-faceted) The Woman Chaser is something of a lost film, or at least tough to find (I cherish my VHS copy). Released in 1999 and, according to my colleague Sean Axmaker, a small amount of DVDs were pressed, exclusive to Hollywood Video. And even those few are sadly out of print.  For whatever reason the picture hasn’t been properly released, regrettable for all those viewers who missed the movie in theaters. And that’s too bad -- it’s an unnerving, hilarious slice of Los Angeles life and wildly unique on top. 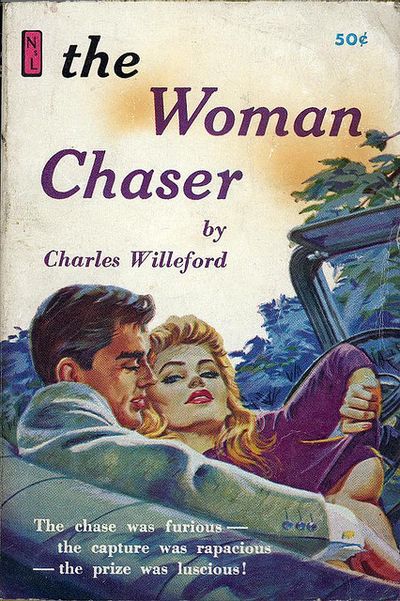 As stated earlier, adapted from pulp novelist Willeford’s 1960 novel of the same name and filmed (gorgeously) in a black and white transfer from a color print, The Woman Chaser is faithful to its beautifully seedy genre. It’s serious, to a point, but never plays it straight, always aiming for a cockeyed joke that’s both reflexive and perfectly in tune with the picture. And yet, somehow it manages to refrain from something that’s especially annoying when it comes to film noir (one of my favorite film genres)  -- tired ironic send-up. The film is not entirely, a comedy. I can only imagine how tough it was to craft such an arch, subversive film that remains to the very last frame, curiously understated, never making fun of its characters (not really, more exposing all of their varied and frequently touching flaws), but unafraid to reveal how completely out of control they will become. 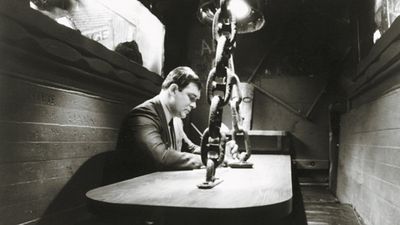 The story begins circa 1960 with grifter Richard Hudson (Warburton) fresh from San Francisco, purchasing a used car dealership in his hometown of Los Angeles. He’s a gifted, unscrupulous salesman (“anyone and everyone can be bought” he believes) who makes his dealers wear Santa Claus suits in the middle of summer. Richard preys on people’s vulnerabilities with a twisted logic that’s too complex to classify as mere evil -- it's some personality quirk that’s all his own (for instance, he seduces an old woman collecting pennies for the church to see if she could be bought, and also beds a teenager with the intent to harshly educate her). With obvious Oedipal fixation, he moves back home with Mother (Lynette Bennett), an aging beauty living in a Sunset Blvd. style mansion with her washed up Hollywood director husband, the gentle milquetoast Leo Steinberg (a great Paul Malevitz). 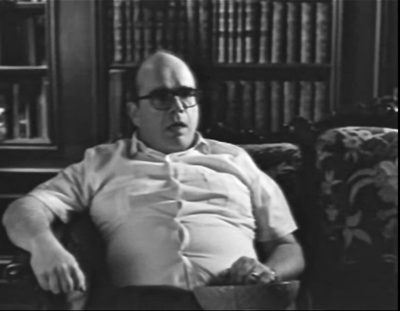 After a delicate, then frenzied (and hilarious) session of ballet dancing with Mother (one of the picture’s strangely beautiful but bizarre highlights), Richard comes to the conclusion that his life is meaningless unless he creates something ("Isn't making money the reason for existence?"). More specifically if he creates a work of art. Since other arts take too much time and skill to learn, Richard reckons that writing and directing a movie is just the thing. Convincing Leo to back him, he concocts the very inspired Detour like, Murder By Contract inspired (that spare guitar), B-noir entitled, The Man Who Got Away, a grim, existential tale about a truck driver who flees his life, then accidentally kills a little girl and is chased down by a vigilante mob. You’re never allowed to see the entire picture, but what you do witness looks to be soulful, gritty brilliance. I want to see this movie. 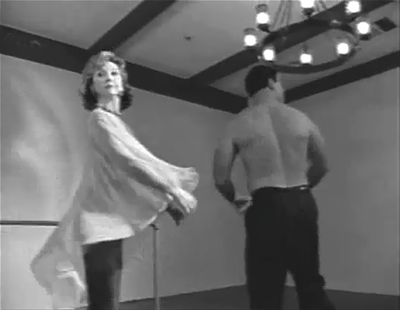 Releasing the picture proves difficult as it clocks in at 63 minutes (too short for theaters and too long for television), but Richard will not compromise -- he will neither cut nor lengthen the thing and so, well, I won’t reveal what happens. Let’s just say, it’s quite dramatic.

The actions and philosophizing of Richard moving from conception to actual filmmaking are too intriguing to spoil, but one thing is for certain: Richard is a born auteur. He’s also a cold-blooded narcissist (“To me!” he toasts while dipping in a pool) but a sensitive lug in moments of stress—somehow the son of a bitch cries, endearingly. 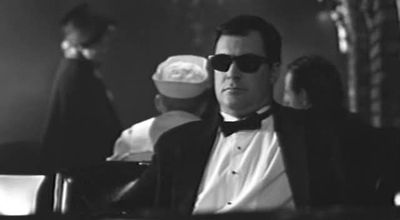 But then that could be an act -- you have no idea with this character. Thanks to the refreshingly untamed Warburton and his bombastic, staccato, yet wry and enigmatic performance, the picture delivers an off-kilter world where the absurd, scummy and sublime intermingle right on the edge. His performance lives in a movie that reveals a fascinating, yet strangely familiar insanity true to the spirit of Los Angeles where you can feel violated, entertained and inspired in the same twenty minutes.

Sophisticated and kookily innovative, Devor’s direction isn’t simply retro-nostalgia showing off its lovely mid century modern architecture and kitsch (though that is lovingly filmed).  No, the City of Angels is a slick, rotting kingdom of scrubbed close-ups, skewed angles -- a twisted, cocky and wormy land that will fight your creativity and vision at any chance. With that, violently defending your work (which Richard does -- and that’s all I will say) is the wicked solution but, in the end, oddly inspirational. 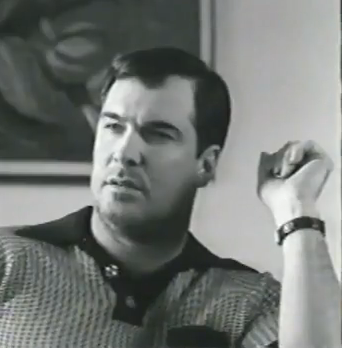 Mad Men needs him. He’s sardonic, and he gets the era. He can play serious, but is unafraid of being disarmingly funny and sociopathic  -- often at the same time. And he’d look damn good in the era’s suits. And there’s… Joan. And if Don Draper returns to his wicked, wicked ways, well, Megan might come a calling. After all she’s an actress. The Girl Who Got Away?  Warburton could handle that.

You may like this, a podcast all about The Woman Chaser including interviews with the director, producer, and Warburton himself:

Kim- So glad you profiled this movie. I saw it in its theatrical run, believe it or not, and was excited to own it when it eventually came out on DVD. Sadly, I've never seen one of those you mentioned and I don't even have a VCR anymore. Anyway, I hope somebody reissues this because it takes the absolute right approach to Willeford's book. I was worried it would turn into a sleazy soap opera when I thought about how one might adapt it, but I agree Devor took just the right sardonic tone, and Warburton was the perfect choice to play this guy. Sorry my comments about the movie are so general, but I haven't seen it in 12 years. Maybe if we all keep blogging and writing about it, somebody somewhere will step up and take notice.

I discovered Willeford right about the time he died, so I never had a chance to meet him, which is one of the big regrets of my life. All his novels were mind-bending, "Woman Chaser" more so than most. I've read all the Willeford I can find, including his unpublished "A Guide for the Undehemorrhoided." Kurt Vonnegut once told Willeford he'd sell a lot more books if he wrote about Wealthy, good-looking, successful people, but thankfully Willeford just went his own way. A true American original and the only successful novelist I am aware of who completed a 20-year military career before taking up fiction (he wrote poetry while in the service.)

Seriously, Warburton is funny, versatile, and looks great in a 60's suit. I think he'd fit in quite well.

First thing I thought of was Warburton in The Dish, where he's a NASA representative during the first Moon landing.