Link Wray: So Glad, So Proud 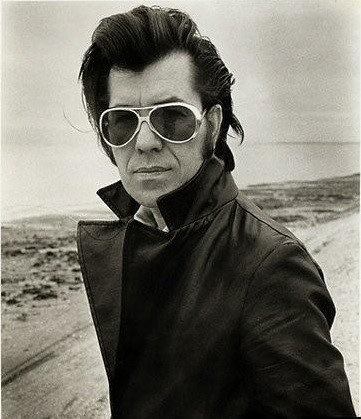 Rock pioneer Link Wray, most famous for "Rumble" was boss in every era.

In 2000, at a small club in Portland, Oregon I witnesses this for myself. The half Shawnee shaman, at the age of 71, performed one of the greatest shows I've ever seen in my life. Some time had passed since Quentin Tarantino featured Wray's famed "Rumble" in Pulp Fiction, so the "Rawhide" rocker attracted a smaller crowd this time around. The better for all of us. The crowd consisted of die-hard Rockabillies, a smattering of older people, varied Wray fans, me and my little sister. I stood in the front, hands on stage, and watched one of rock n' roll's most influential guitar Gods work his power -- taking all that is raucous and dark and soulful and yes, light, and hypnotizing us. There were no bad vibes in that cramped crowd of potential rowdies. Moving on stage like the half-Shawnee he was, he worked us as if performing some kind of Native American rock and roll rain dance, while still playing down and dirty -- music that made us feel alive and real and raw. And then dreamy -- a seedy, sexy, soulful, demonic, beatific dream. 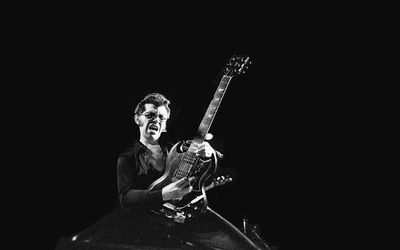 And then this wide awake fever dream became so tangibly real -- a moment that's remained a highlight of my life: Link Wray handed me his guitar in the middle of "Rumble." Yes, he actually, mid performance, leaned over from the stage, and placed his guitar in my hands. And that devil (an angel in disguise) did so with a grin on his face. I was holding Link Wray's guitar! I didn't scream or cry or crumble into Beatlemania hysterics (I did inside), instead I held it as long as I could and then, in a trance-like state, passed that sacred idol through the crowd. This was to be shared. And Link just took it all in -- jovial and delighted as the awed audience passed it along, and with great, religious respect. He trusted us. It was safely returned back to Wray who, in spite of his dark image (Wray was still one of the greatest looking leather clad rockers ever) and menacing sound, smiled broadly. I still have his pick, stashed safely in my jewelry box. 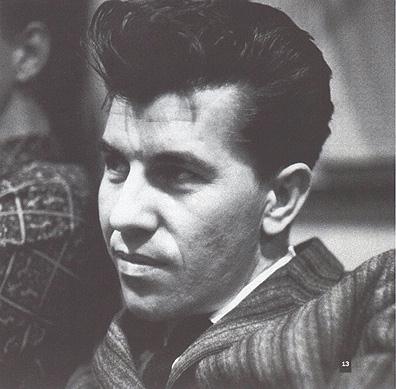 Sadly, Link Wray, born May 2, 1929, passed away in 2005. I wish he was still with us. Wray brought so much to American rock music. Distortion, feedback, the power cord and a raw, dirty, crunchy, heavy sound that everyone from Poison Ivy to Pete Towsend to Jimmy Page to Neil Young credit as most influential. Some even claim him the father of heavy metal. "Ace of Spades," "Jack the Ripper," the brilliant "Rumble" (watch Wray rock the ever-loving hell out of that one here) and one of my favorites "Comanche" are just a few of his classics. And then there's "Rawhide" as seen here on "American Bandstand."

The way Dick Clark mentions "Rumble" cracks me up. He says: "They've had one very big hit record gone by, a thing [at first I thought he said 'I think'] called 'Rumble.'" Quite a thing, Mr. Clark. And a think! That was a powerful hit. I've always loved that in 1957, "Rumble" was banned from a number of radio stations -- banned for its menacing suggestion. There were no lyrics! This is how complicated and primal and mysterious his music could be. And a true testament to his art. 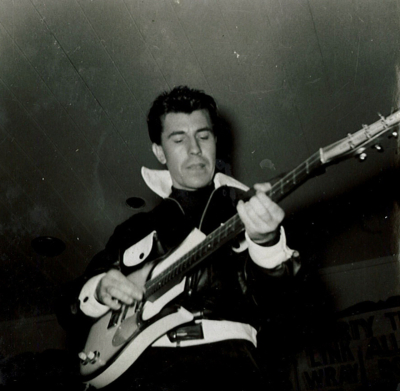 And, as I stated from the outset, Wray rocked in every era. I revere all of his work (I especially love his Dylan covers --  "It's All Over Now Baby Blue" and "Girl from the North Country") and I love his unique singing voice -- that cracked voice -- a voice I hear in Dylan or Jagger screaming rough or even in Van Morrison -- but so distinctly Link Wray. His baritone, just slightly, beautifully broken, crooning through  Elvis' "Love Me Tender" is plaintive and lovely. And his "Girl from the Northern Country," released in 1964, feelss so both ahead of its time and timelessly intimate  -- it's so gravelly gorgeous, so different, so... Link. Wray really admired Dylan, but I prefer Wray's strikingly raw and emphatically romantic version:

And I get so damn excited when I hear what he was up to in the 1970s. Not enough '70s Wray is discussed or heard. Wray excelled with his seemingly smaller records in an era of enormous Stones and Zep releases with some gritty LPs that feel ahead of their time then and now. The Black Keys and Jack White would kill to imbibe whatever magical potion Wray was concocting. And as much as I respect White, they'll never achieve the alchemy of Wray. And they would surely agree. 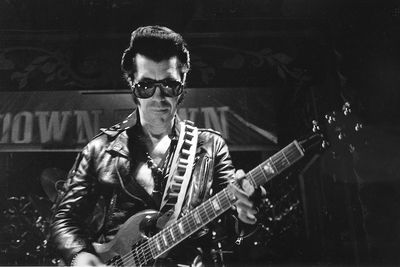 I could ramble forever about his '70s records (and I won't even begin to touch the utter ridiculousnes that this man has not been inducted into the Rock and Roll Hall of Fame), but here's one track: Wray’s “I’m So Glad, I’m So Proud” from his 1973 album “Beans and Fatback.” Recorded in 1971 by Link’s brother Vernon, in a chicken shack (Link’s Three Track Studio) on Wray’s Accokeek, Maryland farm, this is the shit. My favorite ’70s Wray is his self titled “Link Wray,” featuring the masterpiece “La De Da” (a song the “Exile”-era Stones had to have heard) but this one, this one is a whole lot of hot damn. And thene there's ... good God! "Fire and Brimstone," from 1971. Screw Clapton. Link Wray is God.

And check out Jimmy Page in "It Might Get Loud" here. In the face of "Rumble," he can't contain himself. He’s a kid again! He MUST air guitar to Link Wray!

I remember when "Rumble" hit AM radio. It was a defining moment in my young life. I felt its visceral power and for the first time I understood that sex and menace can be packed into a few chords and a few minutes of guitar play. Well, I figured a lot of that out later, after the testosterone kicked in, but even at 10 I felt the power. In lter years, when I learned about Link's life, I understood a bit of where all that came from.

Was lucky enough to see him when he was alive. Small, dark, sweaty club. You could cut the sense of sex and danger with a switchblade. So great! And thanks for "I'm So Glad, I'm So Proud." That right there is so many kinds of wonderful.

Great article! Was lucky enough to see Link several times before the end - when I read his obit, was VERY happy that the opportunities to experience Link Wray were not missed. Love the clips - including big, bad, prince of darkness Jimmy Page rocking out to Rumble

I count myself among the fortunate to have seen him a few years before his passing. He had a swagger and a volume that put guitarists half his age to shame. The Man just rocked!!!!