It's Alive! Guy Maddin and Spiritismes... 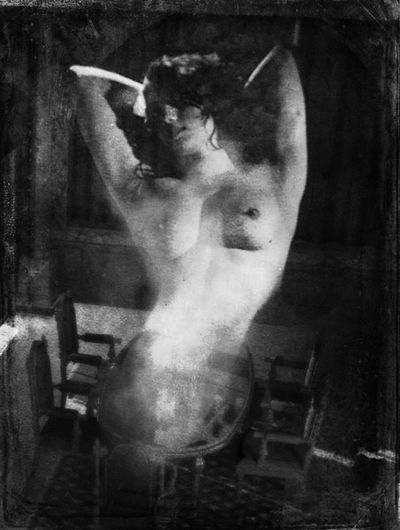 "Over eighty percent of silent films are lost. I’ve always considered a lost film as a narrative with no known final resting place -- doomed to wander the landscape of film history, sad, miserable and unable to project itself to the people who might love it." -- Guy Maddin

The spirits will rise...

A project that has long haunted the obsessive and hard working Guy Maddin and one that's haunted our household in nearly every conceivable way (happy, unhappy, insane spirits, or merely the thoughts of those spirits, have a way of infecting our lives, quite personally. And a few smashed objects along the way. I like to think that Erich von Stroheim hurled that plate against the wall...), the reality, or the dream reality; the prenominal, the fantastical... there are so many ways to describe what is happening. In short, the Hauntings have begun. Watch. Live. 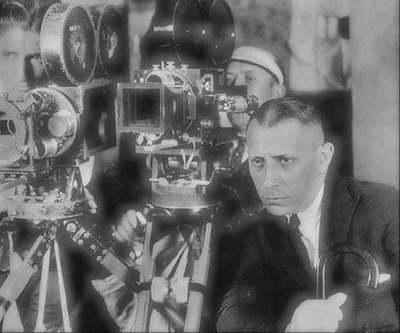 Today begins the first day of Guy Maddin's SPIRITISMES at the Centre Pompidou in Paris (which run until March 12). As the Pompidou writes "Guy Maddin invites daily visitors to the Centre Pompidou to attend the making of a new film. During 'séances'...Maddin and his actors will allow themselves to be possessed by the wandering spirits of the dead, to bring their movies back to life."

Filmmaking, dead made undead, is happening live at the Centre -- lost or unrealized films by directors as diverse as Jean Vigo, Kenji Mizoguchi, Lois Weber, William Wellman, von Stroheim (I will appear in that particular Poto-Poto), Alexandre Dovjenko and more are coming -- rising from the dead, in their own unique way. Maddin will be shooting one film a day, starting today, from February 22 to March 12. You can watch live streaming, between 11 AM to 9 PM (6 AM -3 PM ET) all those days. For those of you in the States, get up early or indulge your insomnia. 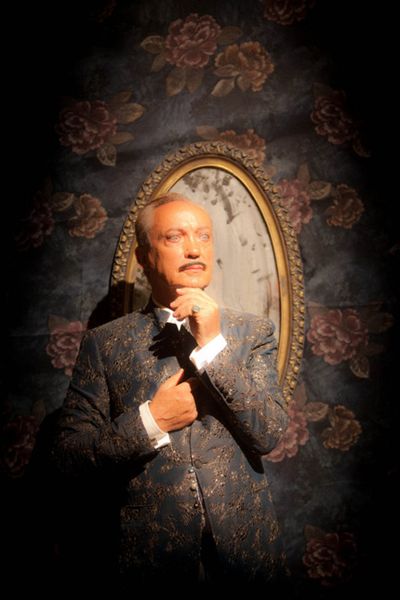 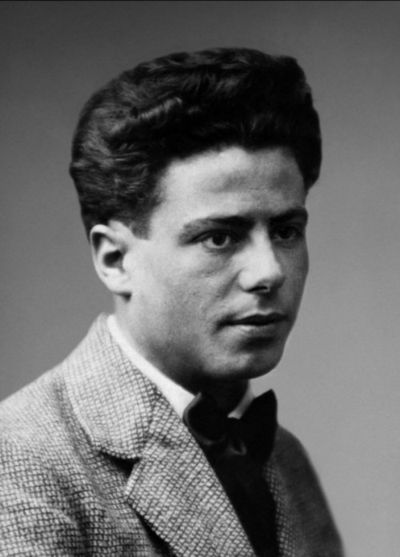 "Over eighty percent of silent films are lost. I’ve always considered a lost film as a narrative with no known final resting place -- doomed to wander the landscape of film history, sad, miserable, and unable to project itself to the people who might love it. Their friends, their family, their loved ones and the public.

"This absence haunts me. I need to see these films. It’s eventually occurred to me that the best way to see them would to make contact with their miserable spirits and invite them to possess me. And with actors quite willing to participate in some para-normal cinematic experiments. 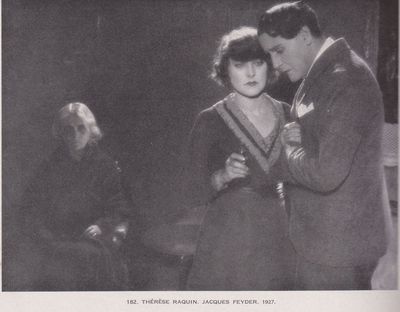 "These are not direct re-creations or the imitations of the films themselves.  I would never dare consider myself capable of even the lousiest impersonation and wish to pay respect to all --  Jean Vigo, Ernst Lubitsch, F.W. Murnau, Ed Wood and all. 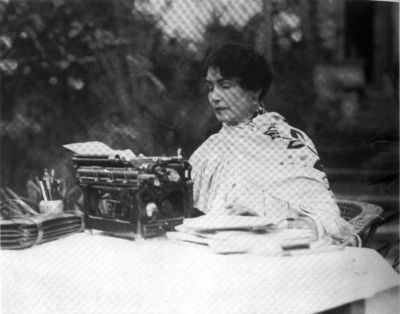 As Guy told the Pompidou:

"This project made ​​its way into my head for almost twenty years. During all these years, he moved my heart and even my soul, until I myself am possessed! I learned that there are lost films. Beautiful films, made ​​for a very long, generally silent, popular films, glorified, loved, raised to the level of myth by millions of spectators, some obsessively. Films which, however, dying in obscurity. Since I realized this, I literally haunted. Some of these films were destroyed by the studios, simply because they needed shelves, some were thrown into the sea or burned in a bonfire at picnics countryside. Others were reduced to dust because they were poorly preserved, others perished in the flames in an accident of projection. Some of these films have simply disappeared from history. 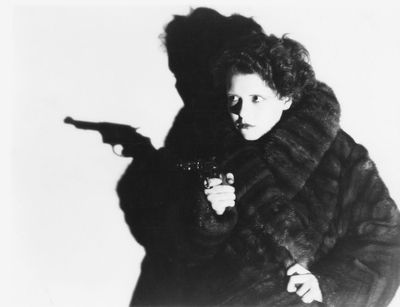 "These are films that have no abode, films can not be thrown in their public accounts unfortunates condemned to wander forever in the landscape of film history. It is the fact of not being able to see, that haunts me, because they were all made ​​for that! I feel their pain wandering when I go to the movies, particularly in old cinemas. Yes, these films sadden me as much as they intrigue me. I thought that the only way to restore a situation as melancholy was to hold séances to contact these desperate souls and give them the chance to show again a part of themselves, even tiny. I decided to set up a device in which we could all attend these séances and perhaps, if we're lucky, take a look at the past glories of cinema."

Guy will not only shoot, but attempt to make paranormal contact with the spirit of the lost film (not literallly, of course. But you never know what could happen...) working like a spirit photographer, recording what transpires -- ectoplasm, trances, twitches and of course, the re-imagined films themselves -- dream narratives, shorts that well deserve their title: Hauntings. 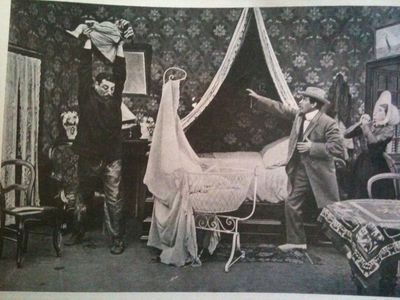 He will eventually edit the pictures, and this ambitious project will be moving on to many places (including MoMA in New York) and with many more actors and films to re-create, and many more ways to view them. Online, in the cinema, live-streaming and directly live in person. If you can't be present, again, you can watch online. And you do not want to miss the chance to watch Udo -- Udo's eyes. Udo eyes could awaken the deadest of the dead, those who would never choose to rise again. And so can Guy. 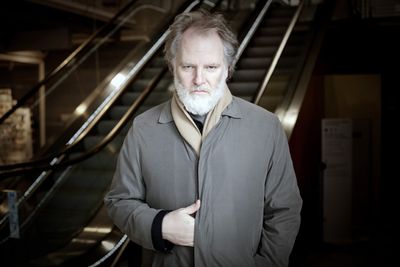 Please watch it all live here. And I will be updating as much as possible. I'm working here, writing some of the scritps and acting in a few of the pictures, so it can be hard to break away -- especially when I'm doing such things like, pulling a ribbon of ectoplasm out of Charlotte Rampling's mouth. I never thought I would have done such a thing, but it, strangely, seemed quite natural. (I must be delirious) Of course, she looked beautiful and intense -- ribbon fluttering, with those spellbinding eyes and those famous lips, allowing the silky spirit to emerge.

(Speaking of silky spirits --  I would be remiss to not mention For the Love of Film: The Film Preservation Blogathon to help raise funds for the National Film Preservation Foundation. Contribute! As we are attempting to bring lost films to life, remember all those pictures that should remain alive and well. This project underscores the importance of such matters all the more. The tireless minds and beautiful words at The Self Styled Siren and Ferdy On Films have been on this, and you should be too. But I will write more about that on another post...) For now, we began with Lines of the Hand. An unrealized film by Jean Vigo starring Vigo's daughter Luce Vigo. Also with that other famous daughter, Geraldine Chaplin and the great Udo Kier.  Today is Marshall Neilan's Bits of Life with Rampling, Kier, Jacques Bonnaffe, Miguel Cueva, Sherpa Macilu and Andre Wilms The set-up has begun. And there are so many more to come.

You can watch here -- live streaming.

These obscure objects of desire. They are alive..

Mr. Kier came in to where I work one day, around last summer I think? He asked me how much something was? I wish I could have thought of something brainy to ask him, but all that came out was "I know you" Sometimes I wish I worked in a shoe store and Werner Herzog came in, I would tell him we had a lunch special on loafers.

This is so beautiful. Thank you both so very much for doing this.