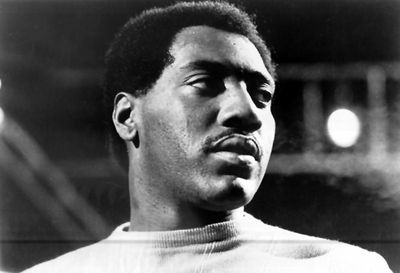 Why, Otis Redding. Why?

Why did you have to leave us so early?

One of the most important, influential and heart stopping soul singers ever, the genius, Otis Redding gave us about four years of gorgeously gravelly voiced/smoothly sexy/heartbreaking music. Four years. That's all we got. But Redding’s output is so damn extraordinary with songs like “These Arms of Mine,” “I’ve Been Loving You,” “Try a Little Tenderness,” "I Love You More than Words Can Say" (if that song doesn't get you where you live, whether together or broken up, you're not human), "Respect," Mr. Pitiful," “Open the Door” (one of my favorites -- the refrain just kills me, can you even imagine not letting Otis in that goddman door? No one pleads like Otis Redding.) and of course, the plaintive, lonely [Sittin’ On] The Dock on the Bay,” which only proved he was at his artistic peak, that again, why? Why did he have to leave us so early? WHY? 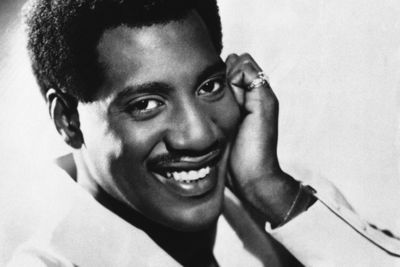 Fate or whatever senseless bad luck bullshit that has nothing to do with a real God up there proved to be one of music's greatest tragedies, and 26-year old Redding perished in a plane accident in 1967. The idea of what he would have furthered in his career is too maddening to ponder. Life is just too unfair to make sense of sometimes.

But Otis could help us make sense of of life, frequently. And with a sublime, soulful simplicity that manages to be so damn complicated and so damn moving that I can't get through at least six of his songs without getting teary eyed about, not just things happening in my own life, but things occurring in the world at large, or just mysterious things I can't even articulate. Have you heard his version of "White Christmas?" I don't even think about Christmas when I hear that song -- there's so much more going on there. 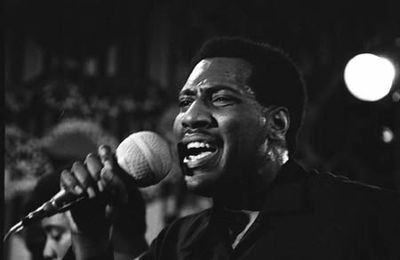 And then there's his classic "Try A Little Tenderness." Yes, we've all heard it, we've heard it a lot. But listen to it. Listen to the words. In a world of glib snark, rotten communication, selfishness, narcissism, easy refusals of looking at the other damn side of a situation, walking in another man or woman's shoes or just being real and kind, and not with extra emoticons attached to a hollow message, but real, the song is not only a gorgeous celebration of trying just that one word, it's almost shockingly profound. This one could save more conflicts than months and months of couple's therapy. 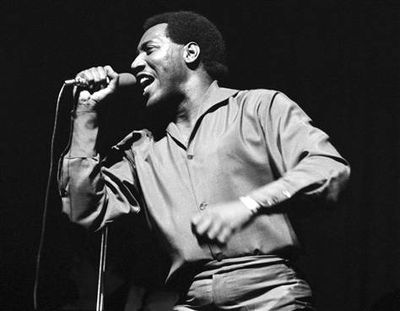 As Redding sang, "It's not just sentimental, no no no. She has her grief and care...But the soft words. They are spoke so gentle, yeah. It makes it easier, easier to bare." Yes indeed. It makes it a hell of a lot easier. Try it. Don't worry, it's not corny. Otis Redding does not express himself anywhere near any kind of corn. Happy Valentine's Day. I say we spend it, regardless of our relationship status, with Otis Redding.

Lovely, and totally in agreement. A real human voice for all time. Happy Valentine's day.

His performance at the Monterrey Pop Festival is one of the greatest by anyone, ever.

Just got into Otis at Christmas time when I picked up a copy of Otis Blue at one of the few remaining record stores in Dublin. Absolute love! I sometimes think the same thing you said about Otis about Buddy Holly, but it's not quite as frustrating because the Beatles seem like his necessary successor. And what better could you ask for?

Yet again a rich long-haired blonde teaches us about Black music.

Steve: Actually I'm a broke bleached blonde brunette with a black Uncle and a black Aunt. And my grandfather is from Transylvania.

That certainly does not qualify me as the ultimate expert on Black Music, but it means well... I'm not a natural blonde. And I'm nowhere near the vicinity of rich. But I do know a lot about music...