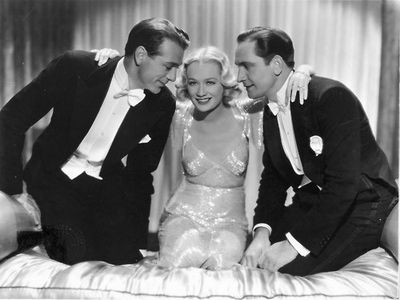 A "gentleman’s agree­ment" is not so easy -- not when it comes to Miriam Hopkins, Gary Cooper and Fredric March. As I mentioned yesterday, Criterion has released Design for Living on DVD and Blu-ray, Ernst Lubitsch's sublime, soulful and very, very sexy Pre-Code masterpiece. I was thrilled to write the accompanying essay/booklet for this release, and you can read a portion of it here: 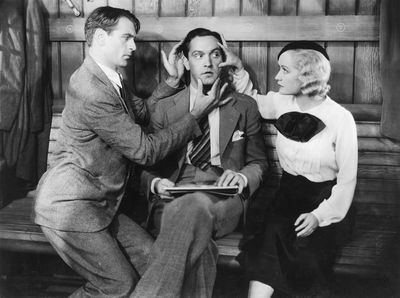 Ernst Lubitsch’s Design for Living (1933) is what sexy should be—delightful, romantic, agonizing ecstasy. And it’s not just sexy but also revolutionary, daring, sweet, sour, cynical, carefree, poignant, and so far ahead of its time that one could cite it as not only a pre-Code masterpiece but also a prefeminist testimonial. A uniquely Lubitschian picture in its elegance and graceful wisdom, with the gruffly intelligent, street-smart Hollywood writer and soon-to-be legend Ben Hecht collaborating, this take on the trials, titillations, and torments of a kind of relationship usually seen in true adult films, a ménage à trois (and one involving the gorgeous trio of Fredric March, Gary Cooper, and Miriam Hopkins), is unlike any other movie of its era. 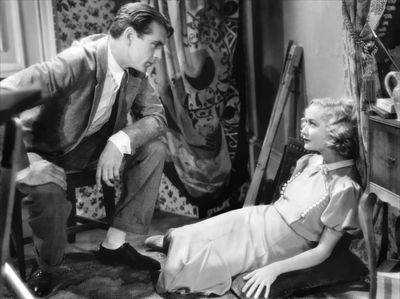 What film, even before that killjoy schoolmarm Joseph Breen brought his Squaresville strictness to the Production Code in 1934, has ever presented the potentially salacious scenario of three-way love in such a wistfully complicated way? This is neither a bunch of hot-to-trot cheap thrills nor a moralizing sermon on the dangers of sexual transgression—it’s a soulful look at human desire. Design for Living recognized that desire is not divided unequally between the sexes. It can, in fact, be genderless. A place where gentlemen can be women. And women can be wolves. And men can be romantic Red Riding Hoods, wandering through a quixotic forest only to stumble across a beautiful blonde with shimmering white teeth, delicate little feet, and a big, beguiling wit. “The better to share you with,” she will eventually declare, before not eating them whole but tasting their specific Coop and March delicacies with equal ardency. Here, however, is where the movie reveals clearly that men are indeed men. Male horniness is not to be trifled with. Best friends or no best friends, how can they resist? This is some woman. They surrender, dear. 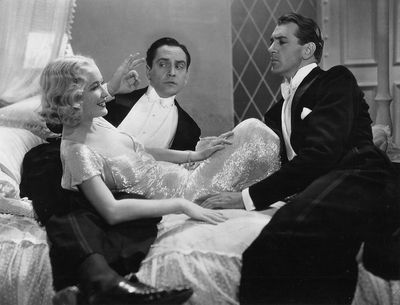 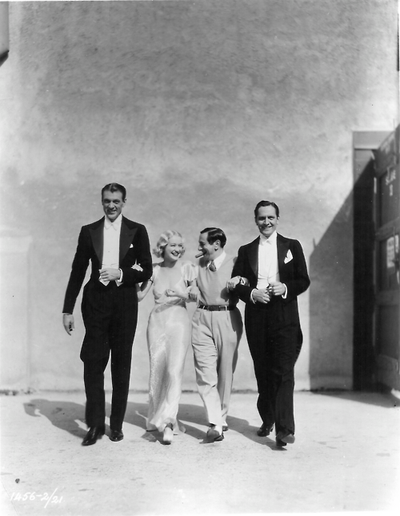 Please read the rest of my essay at Criterion. And, don't be a gentleman, buy yourself an early Christmas present. Buy it for a friend, but most importantly, buy it for yourself. Cooper? March? Hopkins? Lubitsch? Hecht? You can't go wrong. Well, you, or rather they (the characters) can go wrong, but in all the right, sexy, elegant ways... And that's not exactly wrong. Viva unconventional love!