Something Wild, Rare and Special 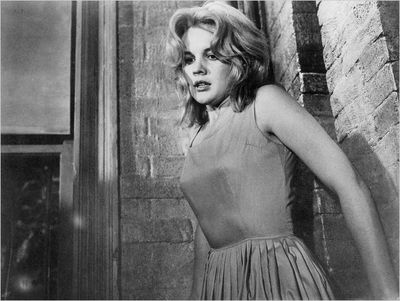 A few nights ago, I presented Jack Garfein's modern, experimental, powerfully strange and empathetic picture for Turner Classic movies as guest programmer, discussing the rarely seen picture with Robert Osborne (along with the also-underdseen, powerful John Berry picture, He Ran All the Way, John Garfield's final film). It was wonderful to show both pictures on TCM and to discuss their significance, history and artistry. Here's more on Something Wild. Something you should see. 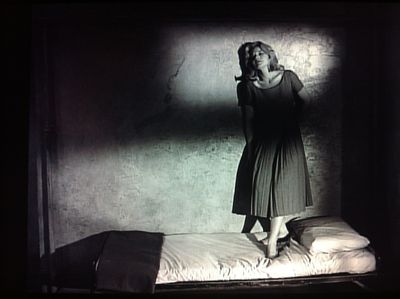 I never understood the title of Jack Garfein’s beautiful, sad, confusingly romantic and richly empathetic Something Wild. If the title refers to the movie’s brutal rape, a wild animalistic act, it’s certainly nothing wild for the tragic protagonist, Mary Ann (played by a powerfully touching and brave Carroll Baker). Something dreadful is more apt, as she suffers the rough hands of a faceless brute, emerging from the trees, a demon, a nightmare. 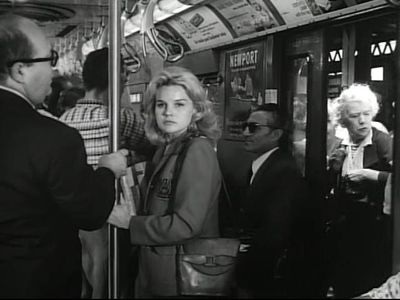 And her demise, repulsion, sickness, panic, alienation and finally, near-life-ending depression, isn’t worthy of wild either. Something despondent. She’s desperate to fling herself from her inner demons. She cannot discuss nor process the rape. She can’t even tell her parents. In a classic panic-stricken fight or flight scenario -- she flees from a crowded subway car, gasping for breath as commuters rub against every inch of her violated body. More and more, Mary Ann turns into a withdrawn, clinically depressed, misunderstood woman -- a woman filled with terror and shame -- a woman who hates herself even if she did nothing wrong. A woman who was raped. This is how rape victims feel. 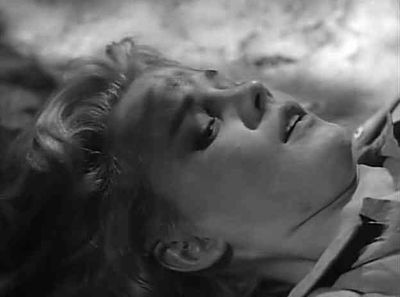 And rape is not something her potential savior/captor Mike (Ralph Meeker, who should have played more roles like this -- his range is extraordinary) can understand. In his own wordless, weird way – he tries. He’s nothing wild either. A sad sack with a working class job, a dumpy demeanor (this is not sexy, smart alec Kiss Me Deadly Meeker) and a drinking problem, he’s not a healthy man, and not healthy towards women, but then... strangely sympathetic. He wants this woman. He needs this woman. He needs her to save him. He's save her life. He's concerned about her. But to keep her, it's an unstable impulse. He's sick. 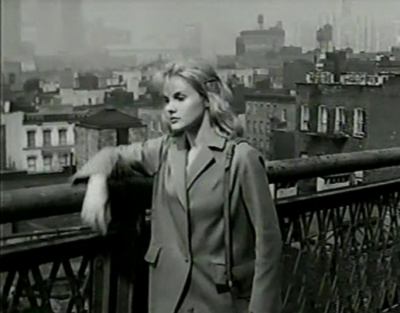 The picture begins with all the perceived innocence of Mary Ann's name. Mary Ann exits off the subway and makes her way home, at night. This appears a usual walk for the woman, but something gives her a start. A rustle of trees, a paper cup blowing on the ground, a general feeling of unease. Her fear is well founded, as a large man, almost appearing like a monstrous satyr, emerges from the trees, grabs the woman, and rapes her. And from what we can surmise, he rapes her for a long time – even tearing off the cross she wears on her neck. God is not on her side. Shot with horror, surprise and a fight she won't win, this movie rape is not titillating. This movie rape is sad and draining. 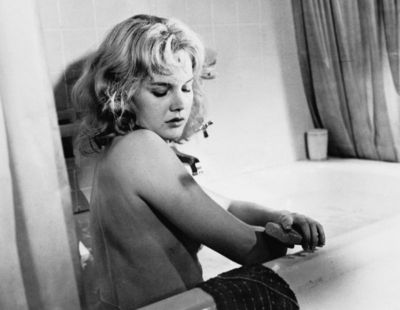 The film continues for a good twenty minutes (or more, which seems unprecedented for American movies at that time) without any dialogue, and we watch Mary Ann silently trudge her way home, where she bathes, scrubs, looks at the cuts on her body with horror, take all of her clothes and cut them into tiny pieces. She flushes the tattered garments down the toilet. And then she sleeps. These are pertinent details that Garfein gets and takes the time and sensitivity to film. 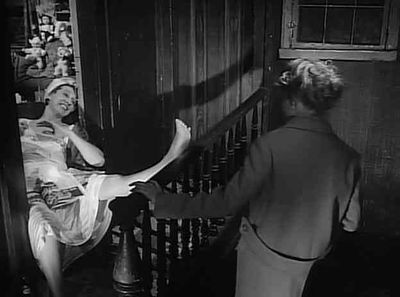 Since the rape has made it impossible for her to conduct herself in normal life, Mary Ann abandons home, unannounced, leaving her mother in a panic to find her. She gets a job, only to be met with a group of judgmental/jealous women who make fun of her remoteness (she's a snob to them), she takes a tiny, dodgy little NYC flat, where a bare light bulb offers her only illumination and a loud floozy (Jean Stapleton) cackles nearby, the blatantly sexual woman heightened more by Mary-Ann's shrinking into herself and, likely, her sexuality. It seems Mary Ann can’t escape the depraved and the diseased, or perhaps, she’s throwing herself right into it – the belly of the best, so to speak. Repulsion meets The Tenant meets The Collector. And yet, Garfeien’s picture was made before any of these. 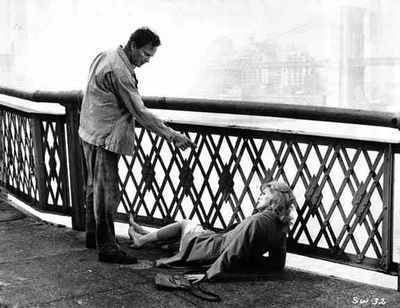 But that beast and that belly are not what she expected. After becoming so despondent that she decides the best choice is to take her own life, she nearly jumps off the Manhattan Bridge. She would have accomplished her act of self-destruction if not for another beast (Meeker), who saves her from leaping. 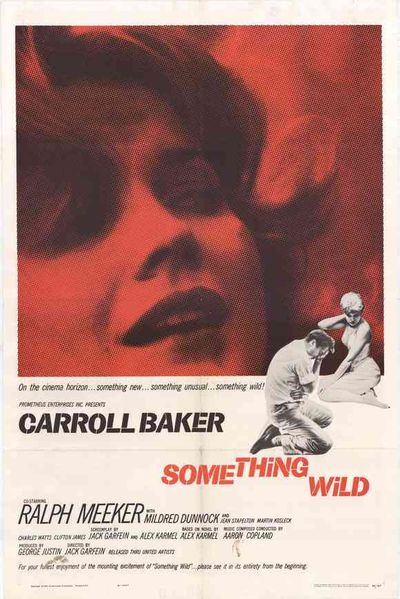 And then, he keeps her. At first, one thinks, she needs to stay. After all, he’s looking out for her – she can’t attempt suicide again. But the movie veers into far more complex areas after he locks her in – for good. Since confinement, the act of being held down and forced to submit has plagued this poor woman for months; she reacts with anger and panic. And for good reason – he won’t ever let her leave. Like The Collector, he’s keeping his sad little butterfly. 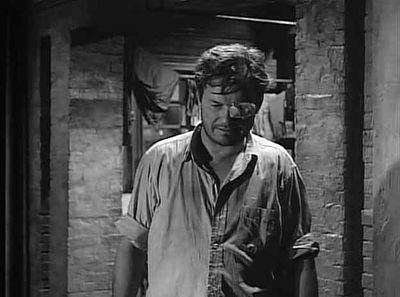 But why? These are questions the picture never easily answers. You understand that he is also a cheerless, lonely person, an alcoholic, and a man who needs this woman near him. In his own twisted way he loves her. When he stumbles home drunk and attempts to molest Mary Ann, she reacts violently and with self-preservation, poking out one of his eyes. Suddenly the film merges Beauty and the Beast with Greek Tragedy --  Mary Ann turns Mike into a Cyclops. The next morning, he claims to barely remember the evening, and seems nonchalant about the eye patch he now must wear. He reckons he may have gotten into some kind of fight. Or maybe he does remember. Maybe he respects Mary Ann for fighting back. We just don’t know. And then again, we oddly can’t hate him. 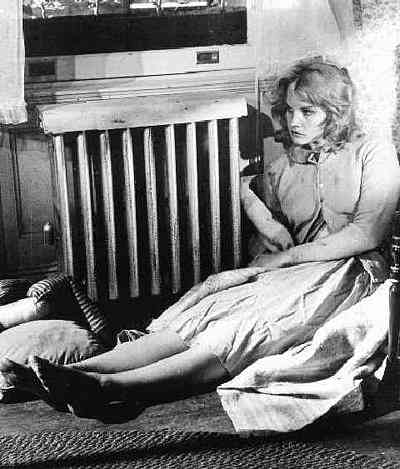 And so there they continue living in his basement hovel of an apartment, biding their days with his “romantic” meals and need to be near Mary Ann. Mary Ann remains adamant to leave, but she will soon soften. Is this a positive step? Is this a romantic reaction to her savior? Is this indeed, the only man she can now trust? Is this Stockholm syndrome? In any case, it’s all very sad and complex, presented without judgement and with the openness for the viewer to decide for themselves. 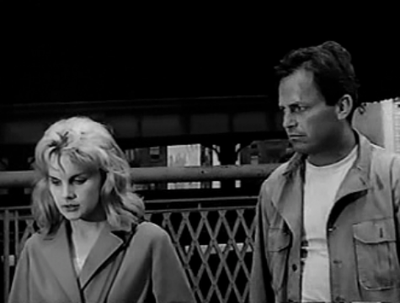 Released in 1961, the picture is an expressionistic/naturalistic work of art that also recalls Roman Polanski’s Repulsion and Bergman, was far ahead of its time in its European sensibilties (and yet, with its actors and setting, it feels wholly American). Garfein (then Baker’s husband), who survived the Holocaust, well understood the idea of entrapment and subjugation. I have seen few films that not only deal with rape in a sympathetic light (that’s not so hard), but deal with it as a kind of submersion into a subterranean world of dirty rooms and dreams – dreams, in one terrifying moment, where girls have no faces – a world where trauma is expressed through the sounds of "vulgar" good-time girls, the oppressiveness of the subway, the simultaneous attraction and repulsion to men, work, the city, and sex. If anyone finds Mary Ann’s feelings and actions unrealistic, they have no concept of the odd co-mingling of unreality and harshness that an act of rape can make a woman feel. For anyone wanting to forget the memory -- repression and submersion is natural.

And it’s all very much like a movie you were likely to have never seen in 1961, or now, for that matter. Garfein based his movie on the novel "Mary Ann" (a better title, and enlisted some superior talents to give the movie an expressionistic, gritty, dream-like appeal. 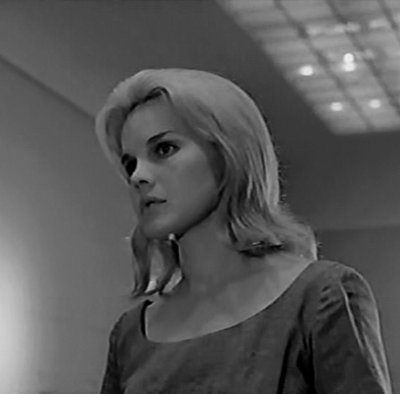 The great Aaron Copland provided the potent music; the legendary Saul Bass created the title sequence, and brilliant cinematographer Eugen Schüfftan worked as DP. Since Schüfftan lensed Lang's Metropolis, Carné's Port of Shadows, Gance's Napoléon and Franju's Eyes Without a Face (among many other accomplishments), the look of the picture is both grubby and dreamlike. It feels like trauma, it feels Jungian, dreamy and both hyper real and real (aided with such wonderful location shooting). He seems to understand, visually, the horror and the preservation of a victim floating above pain. Mary Ann wants to rid herself of anguish, she wants to float, and yet, she’s stuck in a basement. 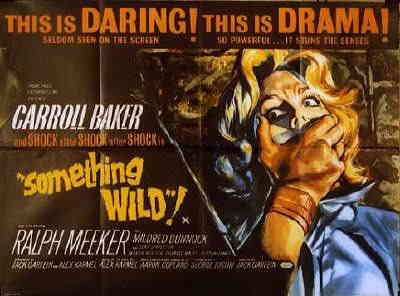 Through his lens, Schüfftan both raises Mary Ann from her trauma, while keeping her firmly on the ground  -- like Thomas Hardy’s Tess of Tess the D’Urbervilles removing herself from rape by becoming diaphanous and floating above molester Alex huffing on top of her, Mary Ann keeps herself whisper light, and yet, stuck in the dirt.  She stays in that basement. It’s tragic, gorgeous, poetic, even mythic, how she lives in two realities, which makes the ending so complex. Mary Ann stays with Mike. How should one feel about this? She’s damaged, she’s now pregnant, she’s in love and yet, she still looks heartbroken. The ending creates a false kind of happiness (intentional, I think) that sits in your soul with such sadness and complication that the movie will not leave you – after all these years, it’s never left me. 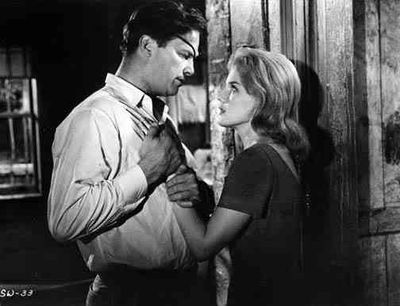 Rape is never easy to come to terms with, we know that. But rape isn’t always met with counselors and discussions and getting in touch with your feelings. Perhaps Mary Ann got in touch with Mike. Perhaps she did not. Whatever the case, it's Mary Ann violation. I hate her entrapment, and I hate that she feels she has nowhere to go, I hope Mike treats her sensitively. I feel wrong for this, but, in the end, I want them to work out. This is a dream. Or a nightmare.

I'd never heard of it. It sounds amazing!

I watched the first part of this, and your great intro after writing about how the brutal end of Looking for Mr. Goodbar never left me since I saw it accidentally around 14 years old... I was tapping into all that horror and having a kind of epiphany then I watched the first 20 minutes of this movie... it's like having all your illusions and innocence ripped away in one horrific swoop, and now reading your stellar, breathtaking review/critique, I feel like I'm there in that fucking basement, I've always been there... damn Richard Brooks and thank god for Caroll Baker, and you dear Kim.

Hi,i'm from italy and i love to surf the web finding new sites in this niche. Thank you very much for your work. To your success